Flooding at Buller High School and surrounds in Westport in July. Photo: NZ Defence Force
The Buller District Council has rejected two proposed floodwall options for Westport, saying the walls would probably not have stopped the devastating July flood.

The most expensive floodwall option drawn up by the West Coast Regional Council would cost Westport ratepayers $10.2 million. It is currently out for public submissions. 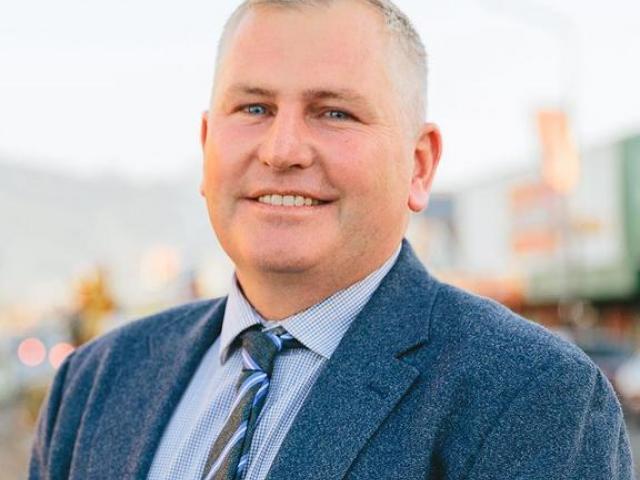 Buller Mayor Jamie Cleine. Photo: ODT files
However, after the two councils met on Monday, the district council wants to go back to the drawing board and says the regional council's plan does not factor in climate change.

"The information shows that with the significant flows that came into Westport via the Orowaiti River the proposed option would have done little if anything to stop the damage that occurred in the July flood," Buller Mayor Jamie Cleine said in a hard-hitting statement today.

"It is essential that we get this right. We need a long-term solution that enhances the community and provides the security for continued investment in Westport."

Mr Cleine said that work showed the regional council's favoured option did not address the effects of climate change, which would increase the maximum projected flow of the Buller River and rising sea levels; the impact of debris under bridges; the impact of earthquakes on proposed flood protection works, which would be built in areas prone to liquefaction; and the impacts of stormwater, and the ability for stormwater to be discharged from Westport to the river during a flood.

The estimated costs were insufficient and did not take into account private property.

The district council wants a more comprehensive process that considers other options.

"Such as raising building platforms and crucially whether some areas of the town remain suitable for housing."

The council said it wanted to work with the regional council on a flood protection plan.

The regional council said it would respond today.