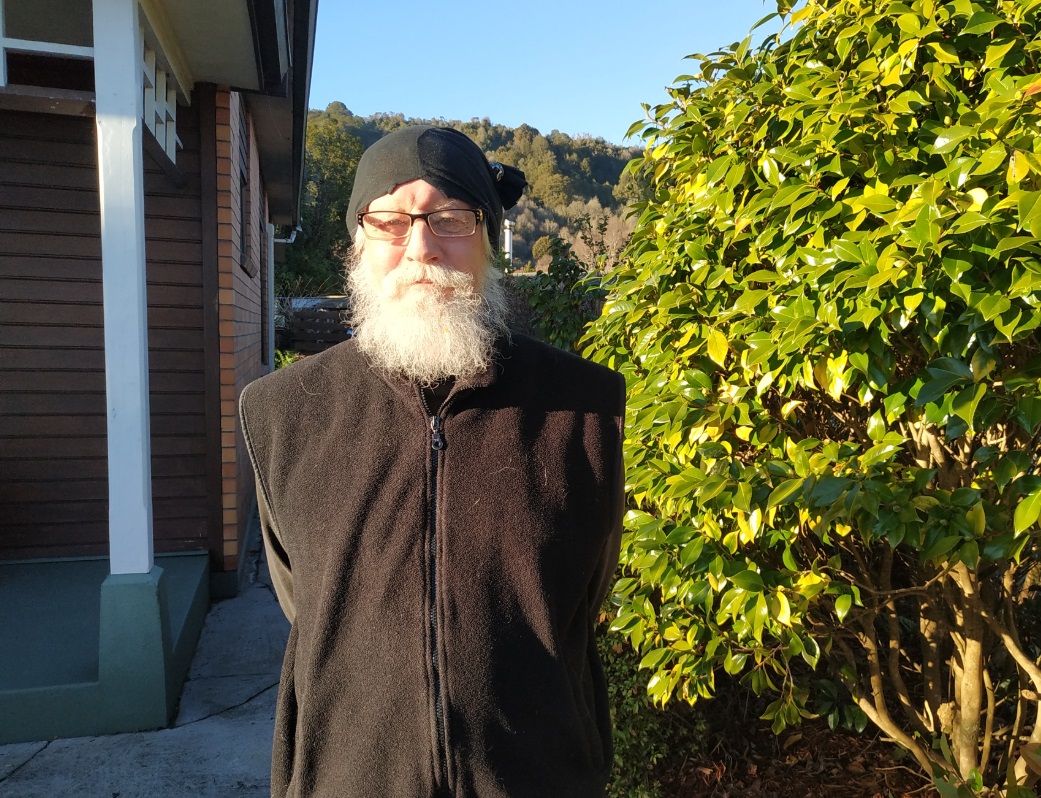 Darby Slick in Reefton. Photo: Claire Ward
He wrote one of the most recognised anthems of the Woodstock era for Jefferson Airplane and has played guitar alongside some of the big names of the 1960s -- and for the past month former rocker Darby Slick has been visiting friends and family in far-off Reefton.

In the heady and psychedelic days of 1960s America, Slick won fame with his band The Great Society and wrote the song Somebody to Love, sung famously by his ex-sister-in-law Grace Slick of Jefferson Airplane. It was one of the biggest songs of Woodstock in 1969.

Slick and his chef partner Ginger Carlson, herself renowned in the cuisine world, are visiting Carlson's sister Christie, and both say they love Reefton and are seriously considering moving here.

Ginger Carlson visited her sister a few months ago, and on this trip she brought Darby with her and have both enjoyed mixing with the locals at the Reefton Workingmen's Club.

Slick recalled that he first got into music as a 10-year-old in 1954, when, while on holiday in Honolulu, he learned most of the basic chords on a ukulele from a Hawaiian man, while sitting under a hau tree on Waikiki Beach.

He also took up surfing: "Guitar and surfing ruined my life," he smiled.

"I taught myself how to play the guitar, but I found a guitar teacher and had a few lessons, only playing one song, Up the Lazy River, where he taught me some guitaristic tricks like palming the high note and orchestral chords that are fancier than folk music chords. My dad also took me to Berkeley (California) and bought me a Hammond chord organ, so I learned the sound of chords."

Slick went on to co-found The Great Society with his brother Jerry Slick and Jerry's wife, Grace Slick.

In the late 1960s Darby Slick lived in northern India for eight months to study with maestro Ali Akbar Khan, who taught Ravi Shankar. When he returned to the United States he continued to study and work for the Ali Akbar College of Music, becoming the director.

Using an Indian raga as a base, Slick wrote the Counting 1 to 20 song for Sesame Street. It won him the first Clio Award.

In 1969 he was invited to the Woodstock music festival, but he says he never liked big crowds. His song featured instead.

"I prefer sitting with friends telling jokes and talking ... I did go to some small after-concert parties with some bands like The Byrds.

"Fame was odd in that I'd go to bed at night and there would be girls in it. Being a young, red-blooded man back then, I didn't kick them out!"

After years of receiving royalties for his song Somebody to Love, Slick sold the rights to director Steven Spielberg of Dreamworks for more than $US1 million.

"I've written some of the biggest hits ever, even bigger than Somebody to Love, but had them stolen by others, but I'm not bitter about it."

Slick says he and his brother Jerry, who was the drummer for The Great Society, are estranged these days.

"There are a few reasons -- Grace and I having a one-night only dalliance while Jerry was off having his own dalliances, Jerry taping over most of what Grace and I had worked on while he was away, saying it wasn't good enough or of any value, and other things. I'd like to mend our rift but Jerry isn't disposed to it yet.

"I haven't talked to Grace in two years but some of the times we do get together, she invites me for lunch."

Having lived in Hawaii for years, Slick and Carlson have adjusted to a Reefton winter. He says he would have loved another Friday night down at the workingmen's club, but has just one more wish he would like to fulfil before leaving on Friday -- to see the Magellanic cloud, which can only be viewed from the southern hemisphere.