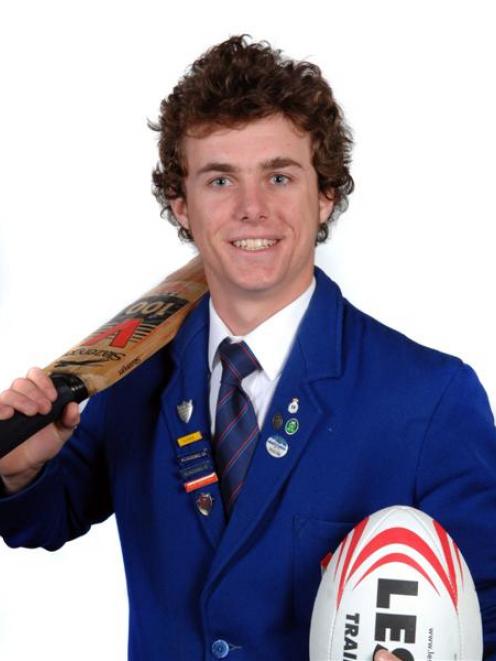 Thomas Telford
The willingness to give anything a go has allowed Thomas Telford (17) to participate in everything from school productions to rugby scrums.

The South Otago High School pupil believes his broad list of achievements comes down to signing up for anything.

‘‘I just put my name down for everything,'' he says.

He had been a member of the Smokefree Stage Challenge, had roles in both junior and senior productions, is on the school council and working towards his gold Duke of Edinburgh Award.

However, he classes his two main interests as rugby and squash.

‘‘I love playing sport.'' Thomas represented the Southern Region and Otago Country in their under-16 rugby teams last year and under-18 teams this year, with his preferred position being openside flanker.

Along with his role in the school's 1st XV rugby team, he also plays for the 1st XI cricket and 1st XI football teams.

A highlight of his year was going on a Royal New Zealand Air Force challenge for a week in April.

As he always enjoyed science and liked flying, the week was a thrill for him and he is considering a career as a pilot.

Role model: All Black captain Richie McCaw. "He's my hero. He's a great rugby player with good leadership skills." And Thomas' father, Ken Telford, from whom he got his ‘‘give it a go'' attitude.

Hopes for the future: To either study health sciences at the University of Otago or become a pilot in the Royal New Zealand Air Force.