By Jeff Cheshire
0 Comments
The level may change, but the fundamentals do not.

That was a key point Drew Hanlen made before two sessions with more than 100 Dunedin basketballers at the Edgar Centre yesterday.

He was in the city on the final stop of a world tour with his business Pure Sweat, hosting the camp in conjunction with the Magic Basketball Academy.

One of the sport’s most sought-after trainers, the American takes more than 100 flights every year to regularly work out top NBA players.

His next session will be in Philadelphia with Joel Embiid.

When he gets there he may well get the star big man doing much the same as the Dunedin group did — the same finishes, the same moves, the same ball-handling drills. 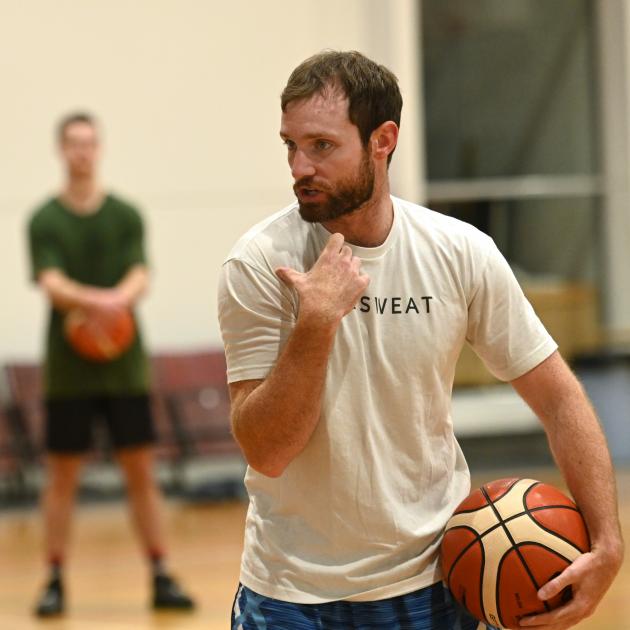 Drew Hanlen offers some advice during his camp at the Edgar Centre in Dunedin yesterday. PHOTO: LINDA ROBERTSON
"I think when you see the NBA players a lot of the things that jump out to you are the highlight-reel plays — the dunks where they sky over the rim, or the moves that drop a defender," Hanlen said.

"But the truth is the majority of the game is very simple basketball. It’s very fundamental.

"Those are some of the things we focused on, because they translate at every level."

Despite working at that elite level, Hanlen enjoyed holding camps for youngsters and lower-level players just as much.

At the top end he was trying to make the best players even better.

On the lower level his goal was to show the players what was required and give them the tools to act on that.

His main requirement was that his players wanted to get better, something he felt was evident in Dunedin.

"The first thing I always look for in camps like this is if the players are excited to be here, willing to put in the work and eager to learn.

"I thought the players checked off all three of those boxes.

"Those camps make it fun.

"Then you can expose them to the skills and techniques it takes for them to improve their game...

So I thought it was a good camp."

He said the biggest thing he had seen from New Zealand players — he also held a camp in Auckland — was that they loved the game, but were not used to being pushed to 100%.

There was a fear of making mistakes, although he enjoyed seeing players break out of that during the camps.

"I think the next step in New Zealand basketball is going to be going all in where they can go 100% full speed.