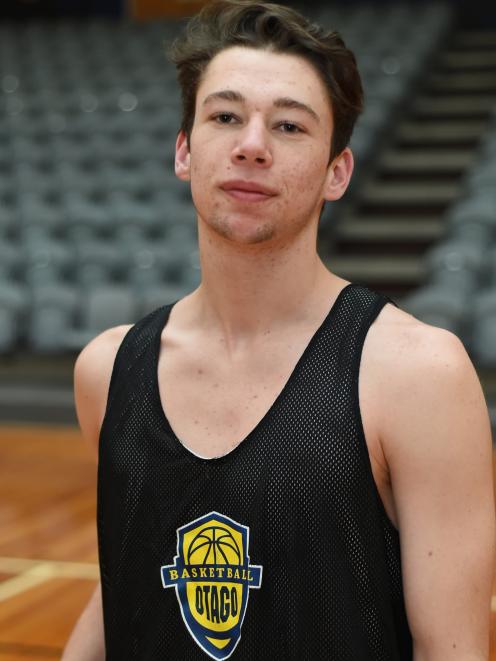 Benoit Hayman
A small opportunity has turned into a life-changing experience for Benoit Hayman.

He left Dunedin for his mother's homeland with nothing more than a trial for a second division basketball team lined up.

Just over a year later, he is ready for his first season in Switzerland's premier league.

That begins this weekend, with his newly-promoted Nyon team playing Monthey-Chablais in its season opener.

He now has his living costs covered by the team.

He is also classed as an elite athlete by the University of Lausanne.

That is allowing him to do his master's degree in economics over up to four years, rather than two.

It comes courtesy of a second division championship-winning season last year, in which Hayman become a key player for Nyon.

After not making the match day squad early in the season, he went on to average 10.2 points, 3.7 rebounds and 2.2 assists per game.

"It's quite humbling to think of how it all started," the 22-year-old guard said.

"I came over here with quite a small opportunity and it's turned into a life changing experience for me.

"Honestly it feels like so long ago now, even though it has only been one year.

"I'm extremely grateful one small opportunity, or one person just helping me out, can snowball into a lot of great things."

He had kept busy over summer doing an internship with a vaccination company, before working at a summer camp in the Swiss Alps.

Off-season training figured in too, and his team had been back in camp for three weeks.

That included a handful of games against other Swiss teams, as well as some against French second division sides.

Promotion had enabled the side to bring in an additional two imports to join the two it had last year.

Of those one had played in the NBA development league - the G League.

He was unsure how the team would go, although the step up in level had added an extra edge.

"You can feel the much higher level of professionalism within the team and the league.

"It certainly adds a bit more pressure, there's a bit more expectation when you're playing in this league.

"But in a sense, being elevated to a higher status allows you to elevate the level of play individually and as a team.

"So the pressure of being in a high league can have beneficial results because it gets the best out of us."

He was planning to remain in Switzerland for three years, completing his master's and taking advantage of job opportunities around Geneva.

However, he hoped to visit home in that time to see family and friends, while also hoping to slot in basketball.