LA Lakers capable of going all the way this season 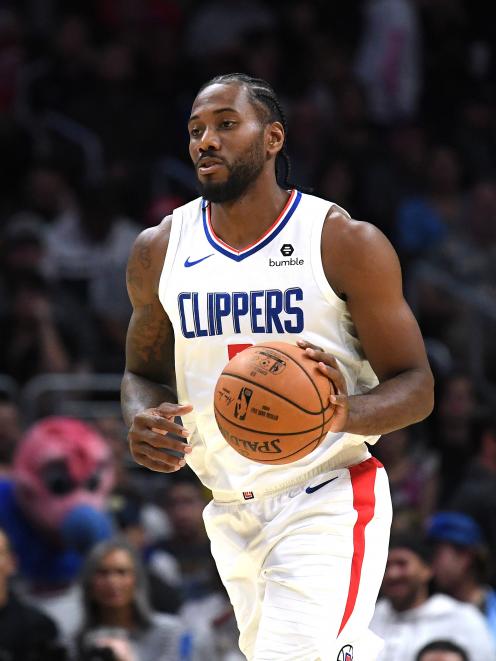 Kawhi Leonard has formed a strong combination with Paul George at the LA Clippers. Photo: Getty Images.
As the new NBA season gets under way in North America, Jeff Cheshire looks at how the league is shaping up this year.

Size, athleticism and star power. There is a lot to like about this Lakers team. LeBron James and Anthony Davis can both do it all and they are surrounded by some fantastic role players. They are as efficient as they are exciting. If all the pieces fit together, this team could be frighteningly good.

Joel Embiid and Al Horford form an exceptional front court and Ben Simmons brings length and intelligence at point guard. Around them is a handy support group. Last season they were knocked out by a game seven buzzer-beater by the eventual champion Toronto Raptors.

Another well-put together team led by the newly acquired reigning finals MVP Kawhi Leonard and All-NBA first team forward Paul George. Defensively they will be tough, while there is also enough firepower to do serious damage on offence.

After an off-season of league-wide change, the Bucks have a similar look to last year. Giannis Antetokounmpo is coming off an MVP season in which he led them to the best record in the East. Based off that they have to be in the conversation.

The super teams of the past decade have disappeared and duos have returned. After an off-season of player movement, the title really is wide-open. The top teams are built around two stars and a cast of role players. Which of those fits together best remains to be seen.

In the late 1990s Vince Carter became arguably the most exciting high-flyer the game has ever seen. His contemporaries have since retired, but the 42-year-old is still going. This season he will become the first NBA player to play in four different decades. If that does not impress you, imagine someone that played in the 1960s still playing in the 1990s.

Will the Kiwi be traded? Quite possibly. He will likely take on a bigger role if he remains at the Oklahoma City Thunder. However, as the Thunder continues to overhaul its roster, do not be surprised to see him in different colours by the end of the season.

LeBron is the most rested he has been since high school and has plenty of motivation after last season's mishap. He is looking back to his best in preseason too, while Anthony Davis' versatility makes him arguably the best big man in the world.

Two of the most talented players in the league who can both carry a team. But both thrive with the ball in their hands. Can they co-exist?

The best two-way duo, this pair are both coming off exceptional seasons. Both can score in a variety of ways, although it is defensively where they will really excel.

Two young Europeans who are primed to take the next step. Doncic has size on the perimeter, while Porzingis is among the biggest players in the league. Versatile and well-rounded, this duo could be exciting.

Eastern Conference: The Sixers prevail over the Bucks.

Western Conference: James leads the Lakers to the finals after a closely-fought regular season race.

Finals: The Lakers get up to complete their resurgence, beating Philadelphia in six games.