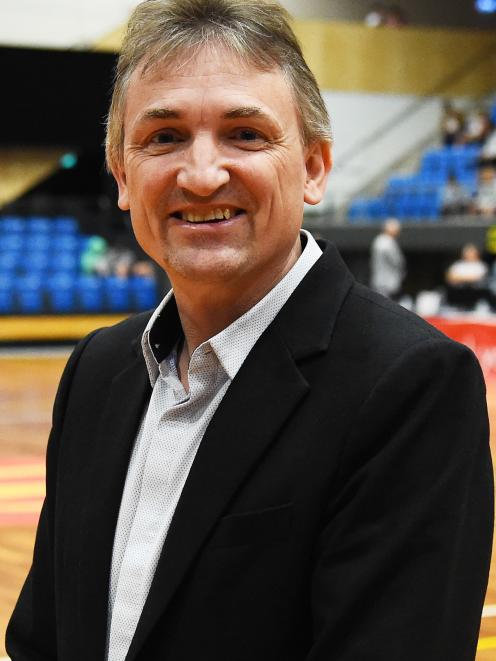 He had spent the previous two days in the city, meeting a variety of people and potential stakeholders in the franchise's comeback bid.

The team has provisional entry to the 2021 league, which would end a seven-year absence.

Nelson said the support and passion he had seen during his visit was "really good".

It was now a case of translating that into reality.

"The Nuggets know that the next step for them is to turn all of the talk and the commitment of support into confirmed support," he said.

"That's the process they're going through now.

"What we need the community to do is to now walk the talk.

"It's fantastic that so many people have indicated support.

"It's fantastic that so many people have pledged financial support and partnerships.

"What we now need to do is get all of that done, get the agreements in place."

He said it was key to realise the Nuggets were not working to get back into the league.

It was staying in the league that was more important.

Being sustainable and generating revenue was critical to that.

In that sense he was very confident of the team's prospects, having met several influential business people in Dunedin.

The franchise has announced Brent Matehaere as its new head coach for next year and 2021.

However, for Nelson it was the fans that were the most critical component of making the team work.

"The number one thing you have to have on top of the list is great passionate fans.

"When it comes to the Otago Nuggets, the thing that has really stood out to me in the last two days is the passion from the fans here is as good as anywhere else in this country.

"If everyone here can harness that and understand that playing in this competition isn't hard, it's hard work.

"Everybody needs to roll their sleeves up and help to make this thing a winner."

Having been without a team for the past five seasons, the Nuggets underwent the process of re-entry to the NBL this year.

While next year proved too soon, they will play at the preseason blitz and also the league's 3x3 weekend.

It was also hoped other games will be scheduled.