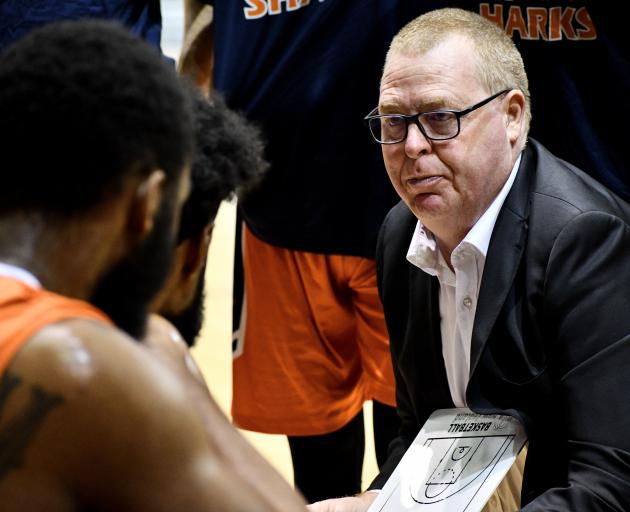 Rob Beveridge has re-signed with the Southland Sharks for next year, the 41-year-old inking a new deal with the NBL franchise.

It will be his second year with the team, although he had been set to coach in 2020 before the Covid-19 pandemic.

Beveridge proved a valuable addition to the franchise this past season.

He guided the Sharks to 12 wins in their first 15 games, finishing 13-5 to secure a final-four spot.

Once there, they were undone by a classy Hawke’s Bay Hawks team.

It was an impressive season nonetheless, particularly given the team lost star centre Alex Pledger following a cancer diagnosis in the pre-season.

Under Beveridge’s watch, the team got plenty out of several of its younger stars — the likes of Brayden Inger, Toby Gillooly and Johnny Helu taking big steps up.

The opportunity to keeping building on that had been important in luring the former Perth Wildcats and Illawarra Hawks coach back.

"I felt that we established very good foundations in 2021 by making the playoffs and narrowly losing the semifinal,’’ Beveridge said.

"But I believe that if we continue to work hard as an organisation to retain as many players as possible that we legitimately will put us in a good position to go one step further in 2022.’’

Sharks general manager Jill Bolger was thrilled with the signing.

"To have the confirmation that Bevo will be back in Invercargill for another season is the best possible news for all of us.

"I think we all saw firsthand what he can do both for the Sharks and the community as a whole this year and we really want to replicate that in 2022.

"Bevo is an outstanding individual in every way and this translates to all of us around him making ourselves better. "

The NBL is set to begin on April 7.

A decision is to be made by Thursday as to whether the women’s NBL will reprise its season.

It was halted after its opening weekend due to the Delta lockdown.