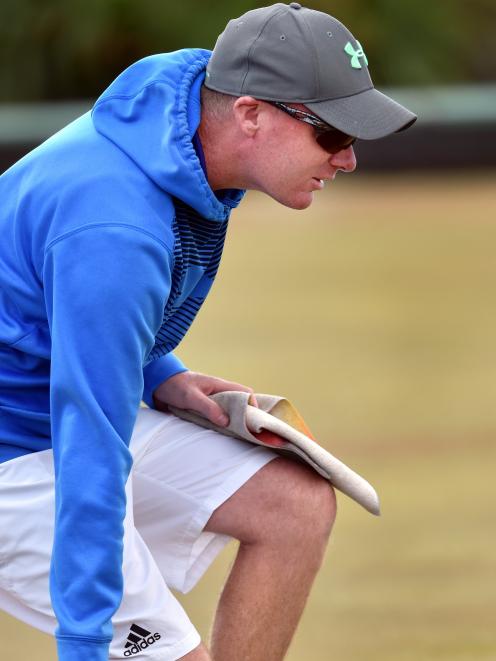 Brent McEwan on his way to winning the champion of champions singles title at the St Kilda Bowling Club in Dunedin on Tuesday night. PHOTOS: PETER MCINTOSH
Brent McEwan plays on a different type of green nowadays.

But the 39-year-old’s bowls career is beginning to shape just as successfully as his golf one did.

It was the third time McEwan had been in the final and he was thrilled to finally get the win.

The title goes with previous victories in the triples and fours.

He has also been named in the Dunedin team for the national intercentre tournament for the first time.

It begins today in Wellington and runs until Sunday.It would make an impressive sporting CV on its own.

McEwan, who took up bowls six years ago, also played 100 games for Otago at the national interprovincial golf championships.

In that time he had plenty of success in a representative career spanning from 1999-2015.

But the time commitment of golf was taking a toll on his family life. 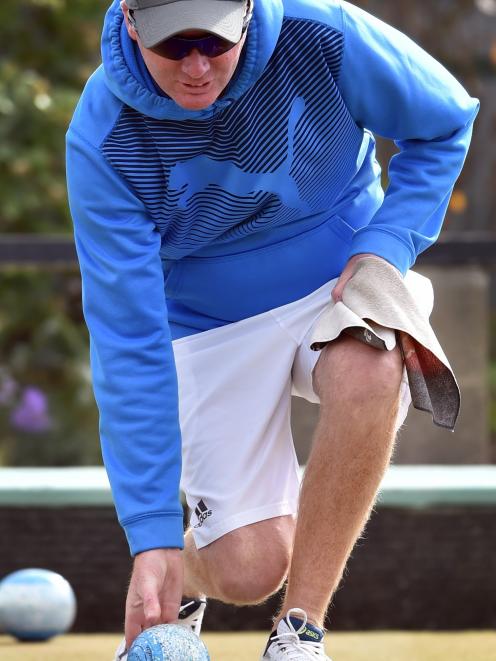 So he began dabbling in bowls in his final season of golf, before making the switch.

"I’m a competitive person so I’ve got to be doing something, otherwise I’m not worth living with," McEwan, who manages a battery company, said of why he took up bowls.

"My wife plays bowls as well, so it was something we could do together.

"I had a rest from golf to spend a bit more time at home, but bowls is turning out to be just as busy."

He said he picked up bowls reasonably quickly and he thought the mental side of playing golf had helped in bowls competition — which he had come to realise was even more of a mind game.

Golf remains on the radar.

He misses it and still keeps up with what is happening in the sport.

While he still plays a bit in the winter, this year he might get back into it on a more serious basis.

McEwan turns 40 at the end of this year, meaning he will be able to play masters.

Bowls would remain his priority though and it would be a case of balancing the two.

Making the intercentre team was a thrill, although he said it was "very different" being the new boy in a team again.

He hoped to keep pushing as high as he could, with a national title being the ultimate goal.

"I’ll always push myself to try to get to the top of everything I do.

"That’s definitely the goal, I’ve just got to stay patient, it’s a game that takes time. I’d love higher honours, it’s like anything, you’ve just got to plug away and reach as high as you can."