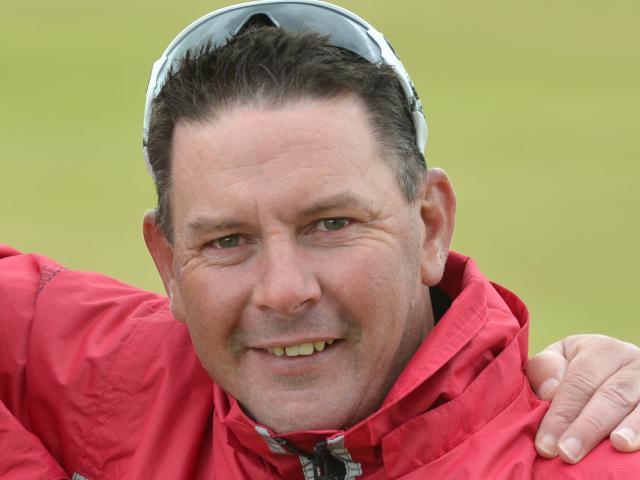 Tony Grantham.
Tony Grantham (North Harbour) is back in favour with the New Zealand selectors and played with confidence yesterday to make the quarterfinals of the North East Valley Invitation Singles.

He beat Australian-based former Black Jack world champion Richard Girvan 25-20 in the post-section playoff for a spot on the final day.

He started impressively and held a 20-7 lead after 14 ends. But Girvan came back strongly with a mixtures of drives and accurate weighted shots to score eight points from the 15th to the 18th ends to reduce the gap to 20-15.

''You can't think you are ever going to win against Girvo because he fights back very hard,'' Grantham said.

Girvan likes to move the jack around a lot and play a mixture of short and long ends and this put doubts in Grantham's mind.

''He has a very good reaching shot and is always playing through the jack. That is the Aussie way of playing.''

''I just had to keep calm, practise my breathing techniques, relax and minimise his score to one or two shots on each end.''

Grantham finally broke Girvan's stranglehold when he nestled his second bowl alongside the jack on the 19th end to gain three shots.

Grantham, an Air New Zealand technician, was not able to get time off work for the national trials and missed selection for last year's World Bowls.

''But I got another chance to play in the Trans Tasman and Multi-Nations this year and we won a gold medal in the fours.''

That performance gained him selection for next month's Trans Tasman that is the final trial for Commonwealth Games selection.

''One of my major goals is to play in the Commonwealth Games again next year,'' Grantham said. He reached the quarterfinals in the triples in Glasgow in 2014.

A high standard was reached in the four post-section games that were made tricky because of the rain that made the bowls slippery and the green heavy.

They have both won the North East Valley Invitation Singles a record three times and are the best bowlers in New Zealand at the moment. McIlroy won his World Bowls gold medal in the singles and Kernaghan in the fours.

McIlroy had beaten Kernaghan in their past five singles clashes but it was Kernaghan's turn yesterday as the Dunedin bowler won a tight game 25-22.

It was a world-class, tit-for-tat clash with few loose bowls. One bowler would get a toucher and his opponent would take it off him with the next bowl.

McIlroy used the drive more frequently than Kernaghan and his best shot came on the 10th end when he pushed the jack into the ditch when Kernaghan held two shots on the head,

The scores were level at 22-22 after 28 ends when Kernaghan, the master draw bowler, kept his cool and used this skill to perfection to gain singles on the last three ends to win the game.

Bill Clements (Alexandra) returned to the sport in style after an enforced 12-month rest to reach the playoffs when he was beaten 25-16 by Jamie Hill (Auckland).

Hill used his skills to grab the shot with his final bowl when Clements had shots on the head.

The eight quarterfinalists are all current or former international bowlers.