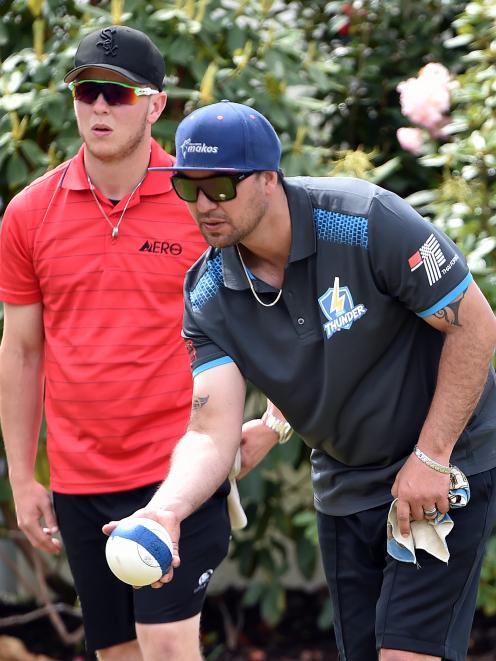 McIlroy (32) has remained one of New Zealand's elite lawn bowlers since winning his first NEV 10,000 title in 2006, and progressed to selection in the New Zealand Asia Pacific team the following year.

It was his vast experience on the national and international stage that helped him overcome Seamus Curtin (Stokes Valley) 25-12 in a storm interrupted final yesterday.

McIlroy, who last won the premier event in 2012, said winning a fourth title was "pretty awesome''.

"This is a club I've always done quite well at. It's been a good hunting ground for me here,'' he said of playing on the North East Valley greens.

"There were some pretty impressive players in the field and I was fortunate enough this weekend to produce the goods and grab the chocolates,'' he added.

McIlroy was unable to play in last year's NEV 10,000 because of a clash with the world champion of champions tournament, but in the previous six years he was either a beaten finalist or semifinalist.

"t's a very difficult event to keep progressing to the last four. The quality of players is pretty high.

"You've got to be on your game and sometimes if you're just a little bit off, it spells the end of your tournament. You have to keep trying to push on.''

McIlroy was impressed with the younger talent coming through and said it was good to see them progressing to the "nitty gritty'' end of the tournament.

"They can hold their heads high. They did pretty well and took some big scalps.''

One in particular was his opponent in the final, whom he gave a huge rap. He had never played Curtin before in singles and quickly realised he had to pull out his A game.

"He's got a massive future,'' McIlroy said of Curtin.

"He played some incredible shots and he'll take a lot of learnings out of this, and the result is not really a true reflection of the game. He played pretty well,'' McIlroy said, adding that the next time the result could go the other way.

"I was just lucky I was able to get myself out of trouble when I needed to.''

In the end it was McIlroy's vast experience at the business end of tournaments which counted, particularly in the way he was able to restart after a thunderstorm forced the players from the flooded green for about an hour.

"Always at the start of the season we have to contend with wind and rain. Nothing new there. It's all about how you adapt. It's just a matter of being sure of your weight and not playing too short.''

Curtin was full of praise for McIlroy after the final.

"I guess that's what you come to expect from a world champion. I tried to hang in there for most of it, but he was just too good.''