Preparation key to success at top level for Kernaghan 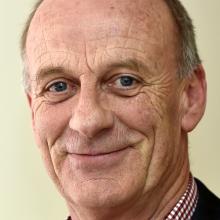 Mike Kernaghan
The Black Jacks have embraced sports science and this approach has brought them success on the international stage in the past three years.

Dunedin’s Mike Kernaghan (62) has used the latest innovations and it has helped him to succeed since he returned to international  bowls at the Asia and Pacific championships in Christchurch in 2015. The Black Jacks play Australia at the Broadbeach Club on the Gold Coast next week.

Kernaghan has won a World Bowls title and been at the forefront of the Black Jacks team since returning to the international arena.

But he is not taking anything for granted.

"I am continually testing myself," Kernaghan said.

"I want to know if I still have the ability to compete with the very best players. The challenge for me is to have enough preparation to get to that level."

He admits it is a bit harder since he was appointed chief executive of the New Zealand Cancer Society and is based in Wellington during the working week.

He returns to his home at Dunedin each weekend when he is able to put more time into his bowls.

"If I can’t find time to do this preparation before the Commonwealth Games I would make myself unavailable."

Kernaghan prepares for his bowls in the same way  an athlete, rugby player or rower prepares for their international events.

"You can’t expect to play well every single week of the year. I have some pinnacle or target events that I work towards."

Kernaghan has three main targets in the next six months: Trans Tasman next week, New Zealand championships at the end of December and Commonwealth Games in April.

The key aspects of this preparation is to get his technique and rhythm working.

"I have to make sure it is spot on. Half of my preparation time is on the green when I make sure the key areas of my game are up to scratch and the rest of the time is on mental skills."

Kernaghan first used mental skills techniques after consulting with sports psychologist Ken Hodge at the University of Otago in 1989.

"Ken turned it around for me. He taught me about the basics of playing in the moment, getting rid of all the negative thoughts, and having a pre-shot routine that eliminates doubts.

"All I am concerned about is how hard to send the bowl down the green. Ken taught me and I have been a disciple of sports psychology ever since."

Kernaghan now does a lot of work with John Quinn,  the mental skills trainer with the Black Jacks.

Kernaghan has developed a plan with  wife Jan that lets him fit in all the different aspects of his busy life.

The national selectors and coaches trust Kernaghan and let him prepare in his own way. The Blacks Jacks have a set routine as they prepare for each day of international bowls and this includes what they eat and drink during the day.

Kernaghan will be playing lead in the pair with Shannon McIlroy and No2 in the fours in the Trans Tasman at the Broadbeach Bowls Club on the Queensland Gold Coast.

Former Dunedin bowler Paul Girdler (53), the bowls manger at Tweed Heads in New South Wales, is also in the team and will play in the triples and fours.

The three-day test series is a trial for the Commonwealth Games that will also be played at the Broadbeach Bowling Club next April.

The head coach of the New Zealand development team is Dunedin’s Evan Roberts.