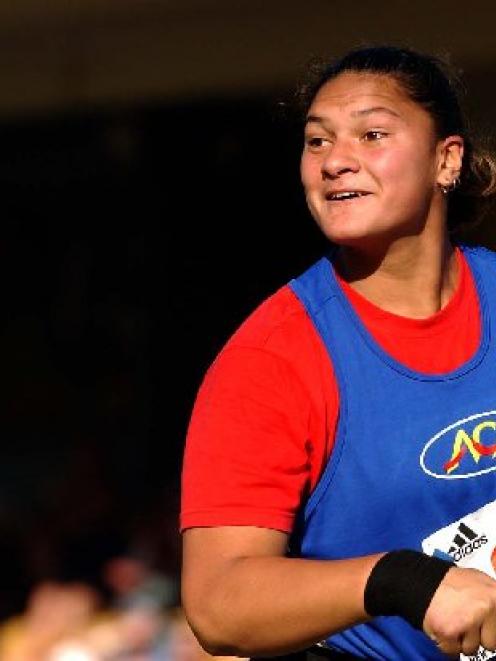 Valerie Adams
Commonwealth favourite won't be losing any sleep thinking about her rivals, writes Andrew Alderson of the Herald on Sunday

What that says about the strength of the field is debatable. Adams' best outdoor throw this year is 20.46m at Wellington in March, 78cm short of her 2011 personal best. She threw 20.42m 10 days ago in Lausanne and won the world indoor championships with 20.67m in March.

The best her Commonwealth rivals have posted is 19.10m by Trinidad and Tobago's Cleopatra Borel. After that? Canadian Julie Labonte has thrown 17.45m.

The last time Adams failed to throw further than that in a calendar year she hadn't blown out 17 candles.

With a pedigree that includes two Olympic golds, four world championships and two Commonwealth titles in the interim, a Glasgow triumph is expected.

However, Adams' role in a multi-sport event which is increasingly becoming an Olympic trial run for New Zealand athletes, is as much about disseminating wisdom as delivering performance.

The 29-year-old's in her fourth Commonwealth Games so is preparing to take on a Camp Mother-type role, but possibly without Lynda Topp's pink velour suit, headband and handbag.

"I welcome the opportunity to be part of a team because I generally compete on my own [as a New Zealander] at every competition. I'm pushing 30 so I want to have a good time and if any of these young pups want to come up and get some tips, feel free. If my experience can help others at an event which is a stepping stone to the Olympics and world championships, that's great. I'm away from home so much these days it'll be great to talk some 'Kiwi' hanging out with my peeps."

Adams' dominance astounds in the wake of her injury. She has eight of the top 11 throws this year. German Christina Schwanitz, with a best of 20.22m, is the only athlete who looks capable of threatening Adams' run of 51 consecutive victories. Adams can extend her record in Lucerne on Tuesday and at the Monaco Diamond League event on Friday before Glasgow.

"I'm definitely happy compared to where I was six to seven weeks ago. I'm waking up in less pain. I'm undecided on whether I'll have surgery [on the shoulder] at the end of the season. I'll get through Glasgow first."

"Rome, Marrakesh and New York were tough [events] because the other girls had the opportunity to take the win. I kept fighting and thankfully I won. In New York I was in second place heading into the fourth round [of six]. I had to push through mentally, even though I wasn't 100 per cent physically."

Coach Jean-Pierre Egger, who celebrates his 71st birthday when Adams competes in Glasgow on July 30, has been coaxing his charge.

"He is gentle and wise. The injuries have made it frustrating for us. I would apologise to him because he says 'when you're hurt, I'm hurt; when you're happy, I'm happy'. That means a lot because he's there for the right reasons and always makes sure the day ends positively. We've had some pretty rough days. He's still the most amazing man on Earth as a coach and a father figure to me."

Before the Lausanne victory, Adams offered some candid thoughts in fluent French about impact of the New York contest.

"There was a big build-up - being my 50th win - and the stadium announcer wouldn't shut up about it, which made it difficult mentally. One day it [the sequence] will come to an end but for now I will push and fight like a crazy Tongan woman until the end."

The build-up to Lausanne was arguably as exciting as the event for Adams.

She hosted a kids athletics clinic with LaShawn Merritt two days beforehand which involved a 20-minute helicopter ride to Colombier, a town on the shores of Lake Neuchatel.

"I got to fly the chopper for 10 minutes before my forearm started cramping and the pilot took over. You have to be very delicate with those things, it's not like holding a bar for clean and jerks, squats or snatches."