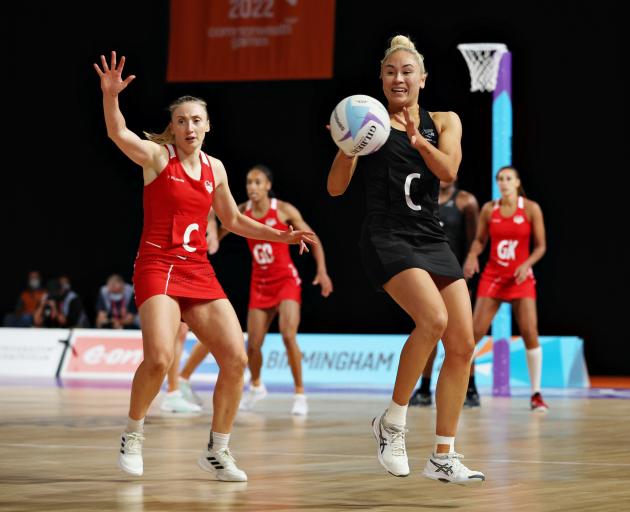 The Ferns were beaten 54-44 by England in their final pool match in Birmingham, setting them up for a semi-final showdown with Jamaica who beat Australia 57-55 in their last pool game.

"The most exciting thing is that any team can beat anybody on a given day," Taurua said.

"This top four (play-offs) is massive for all of us, it's not home and hosed that you're going to go though.

"We've got to lick our wounds from today, there's some clear lessons that we need to learn and we need to get ourselves ready."

England had the Silver Ferns on the back foot in the first quarter, going out to a 15-8 lead.

The Silver Ferns shooters were feeling the pressure and could only nail about 65 percent of their shots.

But the Silver Ferns coach Dame Noeline Taurua made two changes for the second quarter and they had an immediate impact.

Kate Heffernan came on at wing defence and Te Paea Selby-Rickit came on at goal attack to settle things in the shooting end.

The Silver Ferns then won the second quarter 16-10 and only trailed by one at half time after upping their shooting accuracy to 80 percent.

The England Roses came out strong in the second half, scoring five in a row early.

That prompted more changes from New Zealand and things settled, but England led 39-33 after three quarters.

More changes were rung in the final quarter for the Silver Ferns.

Selby-Rickit moved to goal shoot in place of Grace Nweke who finished with 23 from 29.

However England finished the stronger of the two sides.

"In that first quarter we got pulled apart and we didn't play our game," Taurua said.

"There were moments when we did have the ball in hand and we should have secured it and we got caught up in the zero phase of England giving us the bash."

Earlier Jamaica beat Australia 57-55 to finish top of their group. 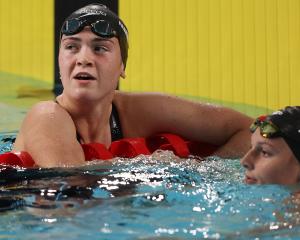