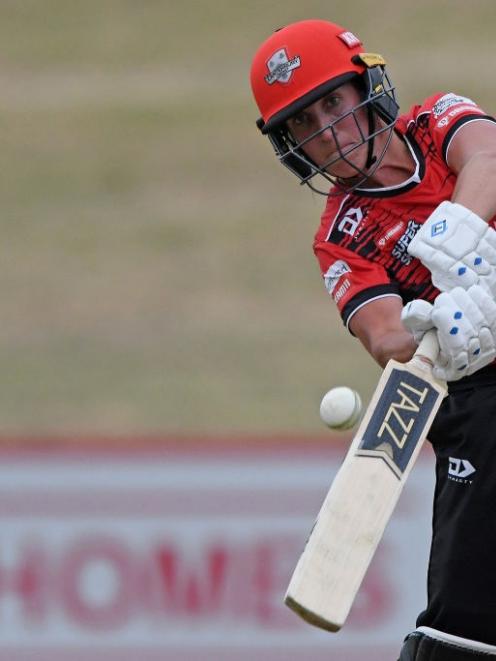 The 29-year-old has moved south to Dunedin from Christchurch to support her husband, Dion Ebrahim, who was appointed Otago Volts coach last month.

The couple have an 18-month-old daughter, Sophia.

But she is still very driven to play at the top level and is looking forward to linking up the likes of Suzie Bates, Katey Martin and Hayley Jensen at the Sparks.

"I’m very excited to join them. They are world-class players and have certainly shown that through their performances," she said.

"If I can contribute in anyway possible for the Sparks then I’m sure we’ll have a fun season."

Ebrahim has played 31 one-dayers and 39 T20s for the White Ferns.

She made her debut in 2010 but has been in and out of the national side.

But she was recalled for the T20 side last summer after an impressive showing for Canterbury during the Super Smash.

She scored 292 at an average of 73 during the tournament. The right-armer struggled at the bowling crease but was returning from starting a family and was firmly focused on her batting.

"I’ve made it clear to Otago that I’m very ambitious and that I still have a lot in me," she said.

"I’ve been disappointed with the lack of opportunity I’ve had in the past season at the next level considering the performances I put on the park — they were just as good as anyone else, really.

"I’ve got a lot to work on in my game but I’m really focused and I’m really driven."

She is also closing in on 250 career wickets across both of
the formats she plays.

One of the areas Ebrahim wants to make improvements in is her ability to score at a faster clip.

"They moved quite far last season and that probably comes down to Craig and his influence and perhaps the encouragement he is giving to the girls as well.

"They were able to go out and express their skills and not have that fear of failure. We saw that with the innovation of the scoop and the behind square shots and the encouragement to go over the top.

"It was great to see and as a bowler that is a real challenge."

The Sparks will begin their official pre-season preparations for the 2021-22 summer in early October.