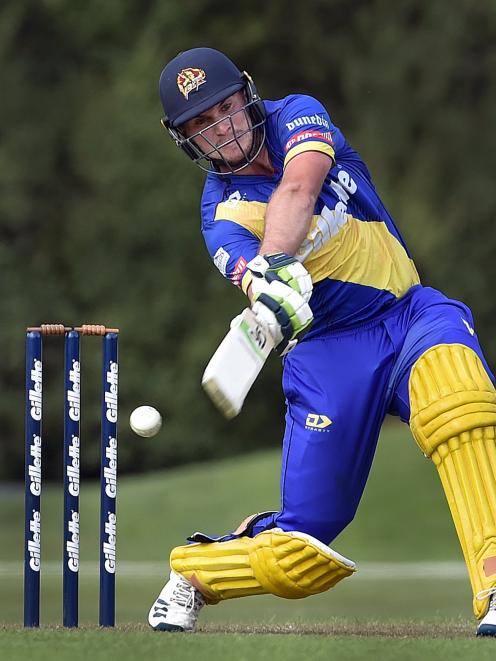 The South African-born player has been denied entry into New Zealand after Immigration New Zealand declined his application for an exemption to the country’s border restrictions.

It is a major blow for the 23-year-old, who had pinned his hopes on qualifying for the Black Caps.

It is also a significant setback for the Volts. Foxcroft made a big impression in his first season for the team in 2019-20.

He picked up some handy wickets as well and was named Otago batsman of the year.

But when Covid-19 cut the season short, he returned to the republic to visit family and friends and to sit some exams before a planned return to New Zealand for the 2020-21 season.

Border restrictions meant he was unable to return last summer and he has been denied entry again.

The Otago Cricket Association (OCA) has advocated for his return and worked through several application processes with Immigration New Zealand.

“We are devastated for Dean," Coggan said.

"He has made a formal commitment with New Zealand Cricket to make himself available, through the qualifying process, to play for the Black Caps. But due to the current Government restrictions in place, he is unable to get back into the country to meet these commitments.”

“He is absolutely distraught, and we are, too.

"Over the past 18 months we have done everything possible to get him back to Otago and at every turn our applications have been denied.

"He sees himself as a New Zealander who aspires to play for New Zealand one day.

"We will not give up on supporting Dean to realise his goals”.

Foxcroft had been offered an Otago playing contract for this season but the spot will now have to reassigned to another player.

Foxcroft last spoke to the Otago Daily Times in December and was still hopeful he would be able to return.

"I know the international cricket games are good for the economy and for New Zealand Cricket. But I would love to be able to get the same opportunity as them," he said.

"In a way it feels unfair because I still pay rent, insurance and tax, so I do consider myself a Kiwi."

The West Indies and Pakistan cricket teams were granted an exemption to enter New Zealand, as were visiting America’s Cup teams.

The Steel was able to get shooter George Fisher into the country, while the Highlanders brought in Japanese loose forward Kazuki Himeno and the Otago Nuggets got clearance for American Isaiah Moss and Australian Geremy McKay.

"He sees himself as a New Zealander ..." says Otago cricket.

Clearly Mr Foxcroft doesn't have NZ citizenship or NZ Residency or he'd be eligible to freely come and go. Not a NZer - so subject to normal restrictions.

He's got talent, has a promising future ahead of him, and Otago Cricket want him here.
'Normal restrictions' are not normal and need to be questioned.

So how in the world is Dean's case different to those other non-Kiwi born sportspeople mentioned in last paragraph?
Local MPs - can you help please?????