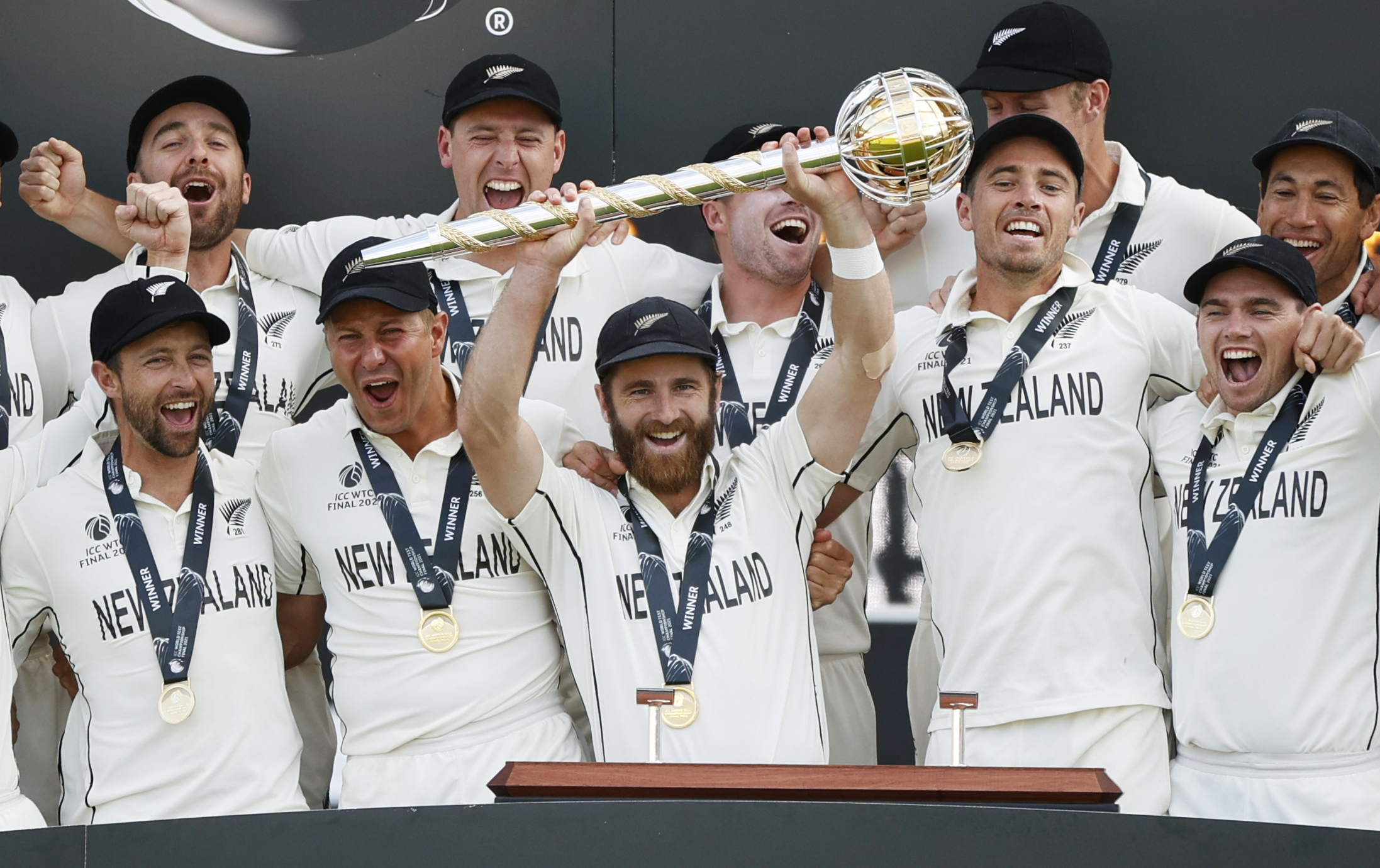 Plans have been drawn up to start the tour in Whangarei on Monday, July 26, and to visit Auckland, Tauranga, Hamilton, New Plymouth, Palmerston North, Wellington, Christchurch, Dunedin and Invercargill through the week so members of the public have an opportunity to be photographed with the unique trophy, collect autographs and a team poster.

NZC chief executive David White said that, although parades and other ideas had initially been ruled out because of managed isolation requirements and the fact some players had remained in the United Kingdom, demand from the public to be included in a celebration had forced a re-think.

"It's quickly become apparent that Kiwis want an opportunity to be part of, and to share in this historic achievement," said White. "We've been inundated with requests to do something so that New Zealanders can join in with the team and share the moment.

"At first, we thought the time-out in managed isolation and the length of time since the win would dampen enthusiasm for a public celebration, but we have been persuaded to think again," he said.

The Black Caps and support staff currently in MIQ will be released on Saturday and White said it was essential they were allowed to spend some time with their families and friends before the trophy tour.

Along with the White Ferns' ICC World Cup triumph in 2000, the Black Caps' WTC win is comfortably the biggest achievement in the history of New Zealand cricket and White said it was appropriate that New Zealanders had the chance to join in on the festivities.

"This is just as much a chance for our Black Caps to say thank you to New Zealanders as anything else, and for NZC to express its gratitude to the country for creating an environment in which this was even possible," said White.

"If it wasn't for the sacrifices so many Kiwis made, and the leadership from our Government and Health authorities in allowing us to fulfil our ICC World Test Championship obligations, I very much doubt we would be in this position today."

The nationwide tour will involve selected Black Caps and support staff assembling at each of the cities on the route, starting with a small group including Tim Southee at his home town of Whangarei.

Players involved will also include Will Somerville, Jeet Raval and Todd Astle – all of whom were involved in the WTC campaign despite not being in England for the final. That trio will receive their winners medals retrospectively.

White said that, while dates and cities had been confirmed, some venues were still a work in progress and would be made public as soon as possible.

"We've tried to cover as much of the country as possible in a week to give the maximum number of people the chance to participate," he said.

"I know some regions will be disappointed to miss out but I can assure them there'll be further opportunities as we head towards our home international summer and that we'll make a point of including as much of the country as realistically possible."

NZC's intent is to have the Mace on display at every Black Caps home international game this summer.

Further details and arrangements of the trophy tour will be announced as they are finalised.