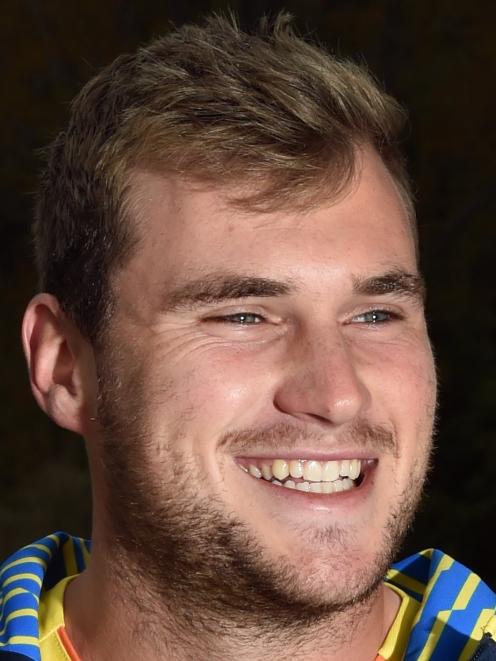 The South African-born all-rounder returned to the republic at the end of the season for six weeks but has been unable to return due to Covid-19.

New Zealand has introduced strict controls at the border and Foxcroft cannot get back into New Zealand unless he is granted an exemption.

Otago Cricket Association performance and talent manager Simon Forde is not particularly optimistic an exemption application will be viewed favourably.

"As we’ve seen, they are very restrictive on who they are letting in the country and we are not very hopeful under the current rules that an application will be successful," Forde said.

Foxcroft, who has declared his intention to qualify for the Black Caps, moved south from Central Districts to play for Otago last season.

The 22-year-old batted in the top order and his ability to get through some overs of off-break meant he was quick to establish himself in the side.

He underlined his international potential with some outstanding performances in coloured clothing. He scored 406 runs at an average of 50.75 in the one-day competition and 269 at 67.25 in the twenty20 tournament.

The right-armer also nabbed 22 wickets across all three formats.

His absence will leave a significant gap.

"We are taking as much legal advice and doing as much as we can for Dean," Forde said.

The Otago Cricket Association will file an exemption application on Foxcroft’s behalf and was working alongside the New Zealand Cricket Players Association.

But Forde said White Ferns spinner Leigh Kasperek, who is in Scotland, had applied for an exemption but was knocked back.

Foxcroft is frustrated by the situation but hoping for the best, Forde said.

"He is a really talented young man and he is impatient and he is really wanting to get back as quickly as he can.

"We are absolutely feeling for him — a young man on the rise and an important member of our group."

Foxcroft needs to spend a minimum of 10 months each year for three years prior to selection in order to qualify for New Zealand.

Forde believes his forced absence should not count against him, though.

"There are extenuating circumstances ... so I wouldn’t see that as being a huge issue in terms of Dean’s qualification."

Otago reassembled earlier this week. Foxcroft was not the only contracted player missing.

Batsmen Nick Kelly is overseas competing in the Caribbean Premier League, while opener Hamish Rutherford is in the United Kingdom playing for Worcestershire in the Vitality Blast.

He smacked a quickfire 30 on Monday but his side lost to Gloucestershire by 22 runs.

The Volts have two preseason camps planned before their opening Plunket Shield game, believed to be on October 20. The side will head to Lincoln the week beginning September 21 and will also spend a week in Alexandra in early October.

It is also hoped there will be a warm-up game against Canterbury.