Up to CD to make match of it 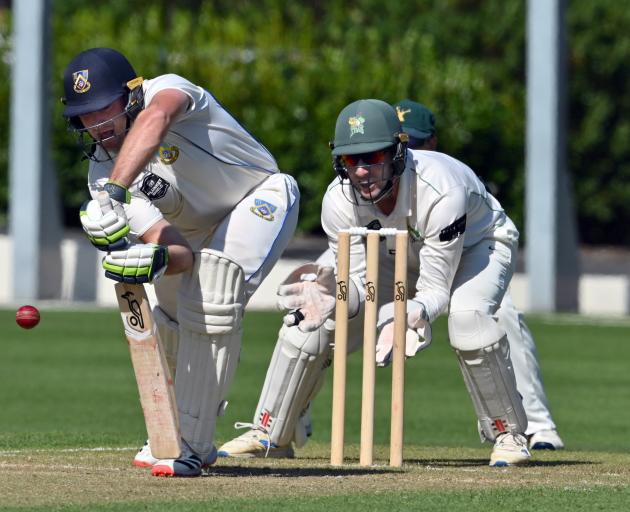 Now it is up to Central Districts to make a match of it at the University of Otago Oval today.

The visiting side raced to 112 for one late on day three after Otago declared its first innings at 266 for seven.

That gave Central Districts a small first-innings lead of 31 and the Stags now lead by 143 with nine wickets remaining.

The onus is on the back-to-back champion to set up a target. But both sides will be motivated to chase the 12 points on offer for an outright win given competition leader Wellington is poised to stretch its lead with victory against Auckland at Colin Maiden Park.

It should make for an interesting finish to a game which could so easily have meandered to a draw after day one was washed out.

Otago resumed yesterday on 38 for none but lost opener Camden Hawkins before he could add to his overnight score of 11.

The pair batted with purpose and looked to force the pace as Otago set its sights on a declaration target later in the day.

Black Caps left-arm spinner Ajaz Patel (four for 87) snaffled the breakthrough, removing Foxcroft for 40. And then he found the edge of Kitchen’s bat about half an hour before the lunch break.

Kitchen had made a sizeable contribution of 73, though.

The wicketkeeper-batsman Mitchell Renwick blazed 12 boundaries in an undefeated knock of 74 to get the Volts through 266 for seven at tea.

That was enough for captain Jacob Duffy to declare during the break.

It created a small deficit but moved the game forward.

Otago was rewarded for its gamble with the early wicket of George Worker for 15.

The left-hander got an inside edge much to the delight of Nathan Smith.

Worker’s departure brought Will Young to the wicket and he flashed a couple of upish drives past fielders and got a thick edge to the third man boundary.

But they all count and it was not long before Young was finding the middle of the bat regularly.

He clouted 50 from 54 balls and took a liking to the off spin of Foxcroft.

He is undefeated on 61 with Greg Hay with him at the wicket on 32.

Wellington is firmly on track to extend its lead at the top of the Plunket Shield standings. It established a healthy 181-run first-innings lead against Auckland at Colin Maiden Park and has reduced the home side to 151 for eight in its second innings.

In Hamilton, Northern Districts opener Henry Cooper (130) struck his third century of the campaign to help his side post 302 for five declared.

That has left Canterbury chasing an unlikely 354 for victory. It is 23 without loss at stumps.