Cricket: Could have done better - Broom 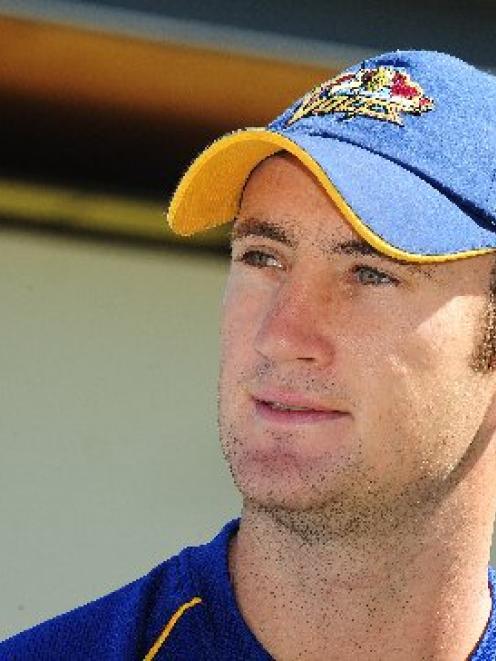 
The Otago middle-order batsman made some telling contributions in the two opening matches but told the Otago Daily Times he was disappointed with how he finished the series.

"I started all right but I was a wee bit disappointed with the game in Adelaide, and to get run out in the last game - the decider - was frustrating," he said.

"I'm not overly rapt with how I went but it is good to get a taste of that sort of cricket. It is definitely a lot more intensive and that is what you play for."

Broom scored 29 runs and shared in a crucial 42-run partnership with Ross Taylor to help New Zealand beat Australia by two wickets in a tense and low-scoring match in Perth, and scored an undefeated 26 off 21 balls in the second ODI, won by New Zealand by six wickets.

But he could only muster scores of 15, 11 and 0 in remaining matches.

"I was pleased I made contributions but you want to be consistent throughout the whole series. So I came home reasonably happy but not over the moon."

Broom batted in the middle order and had Jacob Oram's big boots to fill.

It can be a tricky position to bat. Often, there are not a lot of overs remaining and the run rate can be quite demanding.

Finding the boundary early and often is never easy for a new batsman at the crease but that was the situation Broom often found himself in.

"I like the role, but basically I'm still learning how to do it. I've sort of being going in about the 35th over, have a few overs to get ready before the power play and then get on with it from there.

Broom has made seven one-day appearances and played in one twenty/20 international and would like to add to his caps during the inbound Indian tour.

But the 25-year-old was back in Dunedin yesterday training with Otago as it prepared for today's twenty/20 against Central Districts at the University Oval.

With six past or present internationals in the side, Otago will go into the match as favourite.

The team has played some superb twenty/20 cricket, amassing three 200-run plus scores as well as 191 for four.

Otago's only hiccup came against Auckland when it lost by three runs.

Veteran medium pacer Warren McSkimming strained his calf muscle in the win over Northern Districts and has been ruled out.

But off-setting that loss is the return of Black Caps Nathan McCullum, Ian Butler and Broom.

Jacob Oram will suit up for Central and Brendon Diamanti returns after a stint with the national side.