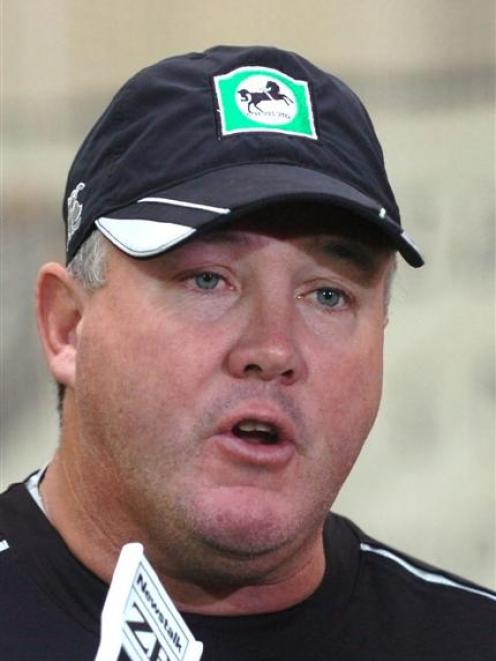 In test cricket, the Black Caps are relatively young and still feeling their way, and twenty/20 is still a novelty.

But the one-day side is a formidable unit and it had the better of the first match against the West Indies at the Queenstown Events Centre on New Year's Eve.

The game was abandoned after 35.4 overs.

But the Black Caps will take momentum into the second one-day game in Christchurch tomorrow after having the tourists on the ropes at 129 for five when the weather closed in.

"It is obviously disappointing the game was cut short," Moles said.

"I thought the little bit we did see we managed to get in to a strong position and are looking forward to the next game.

"The one-day format of the game we have good history in, and it showed [on Wednesday] that when we apply pressure the team is really dangerous.

"They know how to win one-day games. In test match cricket they are still learning with the young players . . . whereas in one-day cricket they've had a lot of success."

New Zealand did not get an opportunity to bat but it bowled well.

He picked up the crucial wicket of Chris Gayle caught behind, although "Hot Spot" technology showed Mills benefited from some good fortune with Gayle clearly missing the ball.

The pair bowled in tandem and were able to build pressure on the West Indies.

"I thought Dan and Jacob bowled really well, and obviously Millsy is showing what an experienced bowler he is taking the pace off the ball and bowling cross-seamers, which made the ball jump a wee bit.

"With [Oram] and Dan bowling together, they managed to build up pressure really well. I think it is vital any good one-day side knows their combination of bowlers and those two bowled well, particularly together."

"All in all, I was really pleased with the way it went."

Oram remained wicket-less but the injury-prone player got through six tidy overs, and Vettori took one for 26 from eight overs.

Despite everyone performing well, Moles has not ruled out making changes.

The game will be played on a drop-in pitch in Christchurch and Moles and Vettori will assess the conditions before making a decision on who plays.

"We've got a squad of 13 and it is horses for courses. It is up to Dan and myself to make sure we put the right 11 on the field from that 13 to win any game on any given day.

"Broomy has had a particularly good start to the season and is a player who can clear the boundary, both on the front and back foot. He's an excellent fielder and can bowl a little bit as well."

And Patel bowled well in twenty/20s and was an asset to the team, he added.

"Which ever way we decide to go I feel we've got all the bases covered."