Cricket: They came, saw and conquered 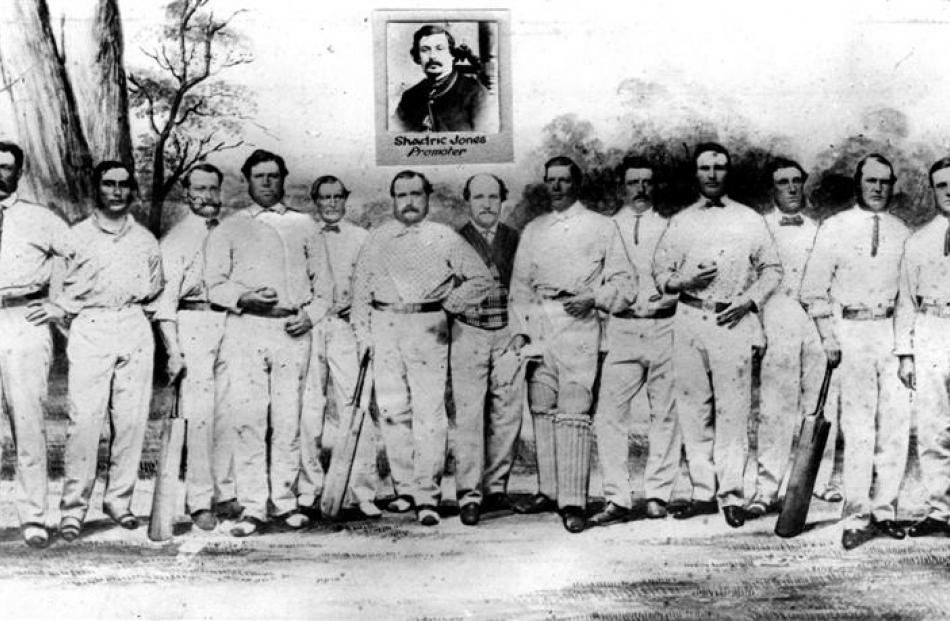 The All England XI, with a portrait of promoter Shadrach Jones inset (his name is spelled incorrectly in the caption). Photos by Toitu Otago Settlers Museum/Otago Witness. 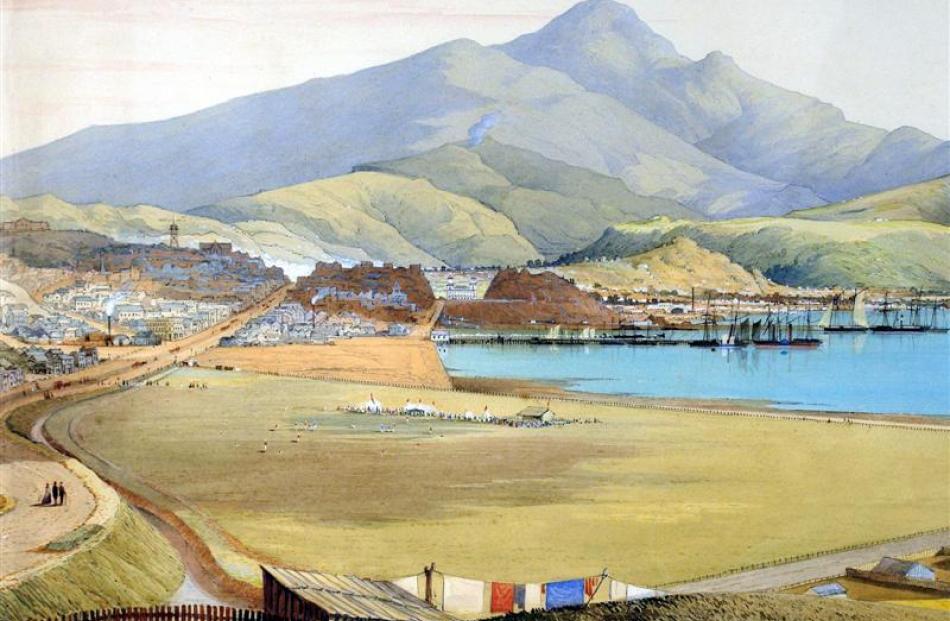 A George O'Brien watercolour of All England playing at the Oval in 1864. 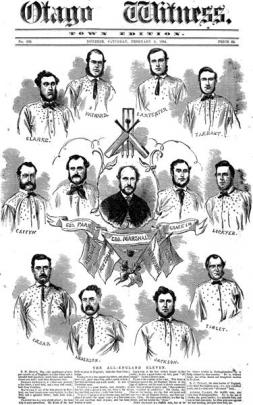 The Otago Witness heralds the arrival of Parr's All England XI

The All England XI had played cricket in North America and Australia, but its reception in Dunedin was the most memorable.

The arrival of the English cricketing professionals at Port Chalmers on January 31, 1864, caused great interest in the burgeoning colonial outpost.

Shadrach Jones secured the addition of New Zealand matches to the All England XI's itinerary before the squad embarked on its Australian tour of 1863-64.

The Dunedin entrepreneur backed the New Zealand visit to the tune of more than 3000.

It included matches in Christchurch and Dunedin, and the construction of a 114m-long grandstand at the Oval.

It was a leap of faith by Jones - though not as large a leap as that taken by the English, led by George Parr.

Seven of them had been on the first cricket tour, to the United States and Canada in 1859. The brutal Atlantic crossing hadn't put them off maritime travel.

Caffyn was also a member of the first international team to tour Australia, in 1861-62.

That visit prompted the Melbourne Cricket Club to invite another English team in 1863.

''It was far stronger than its predecessor,'' John Major wrote in More than a Game: The Story of Cricket's Early Years.

''George Parr assembled professionals from the cream of English cricket: Caffyn, Julius Caesar, Robert Carpenter and Tom Hayward were the backbone of the batting, with the new sensation E. M. Grace as the only amateur. The bowling was equally strong, led by the fast men John Jackson and George Tarrant, supported by Cris Tinley with his slow lobs.''

They were joined by Thomas Lockyer, George Anderson, and Alfred Clarke.

Anderson's relatives feared he would be eaten by Aborigines, but the real perils lay on the two-month ocean passage.

''Anderson was a wretched sailor, and arrived in Melbourne a near skeleton,'' Major noted.

Parr's All England XI won four matches in Australia, and drew against Victoria, before an unpleasant six-day crossing of the Tasman Sea on the steamer Alhambra.

A Port Chalmers reception was planned for the morning of Saturday, January 30, but the boat did not arrive until that night.

With no reception allowed on Sunday, Jones took the team to a Maori settlement on Otago Harbour, where the players ''fraternised extensively with the dusky and tattooed residents''.

They were finally greeted at Port Chalmers on Monday morning, with the firing of a salute, and boats and buildings decorated with flags and banners.

At Dobson's Port Chalmers Hotel, John Kissling, of the Dunedin Cricket Club, addressed the visitors and a large crowd.

''As humble imitators at these distant antipodes of your famous deeds in England we gladly hail the opportunity of witnessing the excellence to which your prowess has brought the manliest of English pastimes.''

Parr responded: ''We have come a long way to meet you, not in untoward strife, I trust, but in true friendship. I believe that we are all brothers in loyalty, in language, in religion, and in our love for the fine old English game.''

A procession with 70 horsemen, a brass band, and seven carriages was led over the hill and into Dunedin by coachman ''Cabbage Tree Ned''.

They were cheered through Dunedin's streets to the Provincial Hotel. Later, the All England XI was taken to the Oval for ''an hour's rollicking practice''.

There, the gales that had delayed the team's arrival had also extensively damaged the new grandstand.

Otago, fielding 22 players to prolong the match, batted first on a rough wicket that assisted the English bowlers.

Between them, Hayward, Jackson and Caffyn bowled 91 four-ball overs - 59 of them maidens.

Only Henry Maddock of Otago's 22 made double figures, reaching 11, as Hayward took 15 wickets for 34 runs and Otago was dismissed for 71.

All England scored 99 in reply, with Grace (brother of cricketing colossus W. G. Grace) and Lockyer each making 24.

Otago reached 83 in its second innings, and All England won the match by nine wickets.

Due to the early finish, an Otago/Canterbury 22 was selected for a two-day match.

It drew with the English, thanks to the bowling of Henry Mace and Australian ring-in Thomas Wills.

At the Oval, the ''Queen of the Maori'' requested an audience with Parr.

He was reluctant when she wished to kiss him, but gladly accepted her greenstone gift.

''She told me that as long as I kept it in my pocket it would act as a charm and that I should never have to work,'' he wrote.

Next the English sailed to Christchurch, where they beat Canterbury by an innings and two runs before a large crowd at Hagley Park, with Tinley taking 25 wickets.

Back in Dunedin, another three-day match against Otago concluded the tour.

This they easily won, dismissing Otago for 98 before scoring 198, and then demolishing the locals for 49.

The next day the English took part in various competitions at the Oval, and planted poplars around the cricket enclosure which have not survived the century and a-half since.

On February 21, the All England XI departed on the Omeo, bound for Melbourne, where the team continued a highly successful tour.

Jones, however, lost heavily despite the public's interest. His business decimated, he left New Zealand in 1865.

But by the time Jones returned in 1882, the legacy of his venture was evident in Dunedin: there were 60 cricket teams in the city.