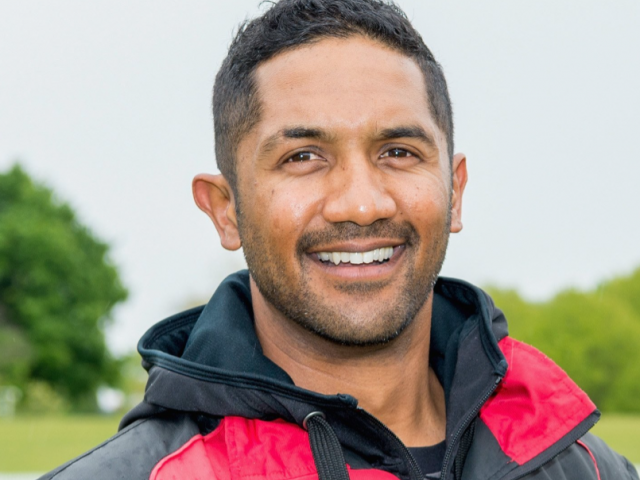 But batter Henry Nicholls has suffered a calf injury and is in doubt for the test series against England in June.

The team is set to depart this weekend.

Ebrahim, Dean Brownlie, Graeme Aldridge and Luke Wright have all been added to the coaching roster in a bid to spread the load.

Ebrahim, who played international cricket for Zimbabwe, took over as Volts coach this season.

It is a good opportunity for Ebrahim, who is still developing as a head coach.

He will have a couple of familiar faces along for the trip.

Otago duo Hamish Rutherford and Jacob Duffy have been named in the 20-strong squad.

Stead said the decision to expand the coaching staff reflected the taxing three-month period of touring ahead.

The Black Caps tour Ireland, Scotland and the Netherlands as well, and responsibilities will be shared.

Jurgensen will assume the reins for the tour to Ireland while Stead takes a break.

“A key lesson from last year’s Covid-enforced schedules was the importance of keeping not just our players fresh, but also our staff,” Stead said.

“We’ve got 14 weeks of non-stop cricket ahead in all three formats and across four countries — along with a T20 World Cup also looming in Australia in October.

“We need to ensure our coaches are at the top of their games throughout that period, and able to create an environment in which the team can continue to improve and thrive.

‘‘Hopefully, Dion can bring back to Otago some of the things that he has seen in the international game and, I think from a systems point of view at New Zealand Cricket, it makes a lot of sense.’’

There was a late setback for the touring squad with Nicholls picking up a right calf injury during training.

“He’s having an MRI scan later today, so we’ll know more after that as to the extent of it,” Stead said yesterday.

“But he’s got it strapped up and I guess the next 24 to 48 hours will give us an indication of how serious that is.”

Nicholls has been a key cog in the middle order.

The 30-year-old left-hander is closing in on 50 tests and has developed a reputation for scoring tough runs and rescuing the side when it has lost early wickets.