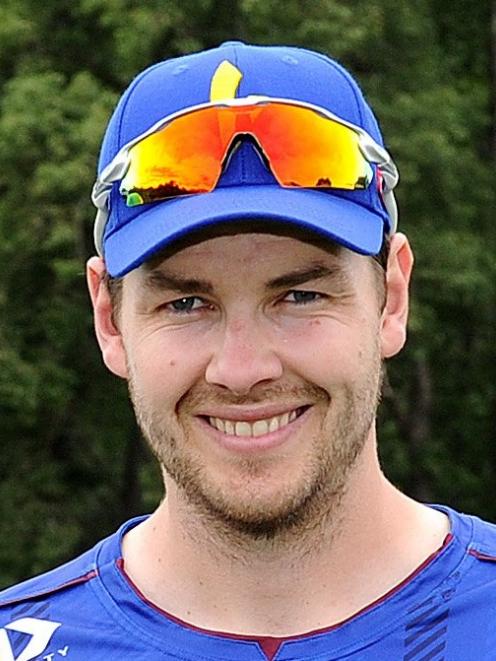 Jacob Duffy
The bat-first, score-heaps brand has unravelled for Otago this season.

The Volts have been left defending small totals too often.

It has left the side with only a very slim chance of slipping into the playoffs.

But it is not always the batting which has fallen short. While the bowling unit has had its moments, captain Jacob Duffy has not had a lot to celebrate during the campaign.

For the past two years he has been a very reliable source of cheap wickets.

But the batsmen are on to him this season. Duffy has picked up just three wickets at an average of 79.66 and an economy rate of 9.56.

Duffy has not suddenly become a poor bowler. It is quite the contrary. The 26-year-old right-hander took four for 33 on international debut last month, so he is not out of form.

It is just that he has become a target, Volts coach Rob Walter suggested.

"The teams have targeted Jacob a little bit and for two and a-half years he has been our banker, so that has presented its own challenge," Walter said.

"But Jacob is always thinking about his game and working on how to get better.

"In essence I don’t think there is a hell of a lot for him to do.

"If you look at the path of the different seamers year in, year out, there are very few that maintain a good economy over three consecutive seasons.

"Batters find ways of putting them under pressure." 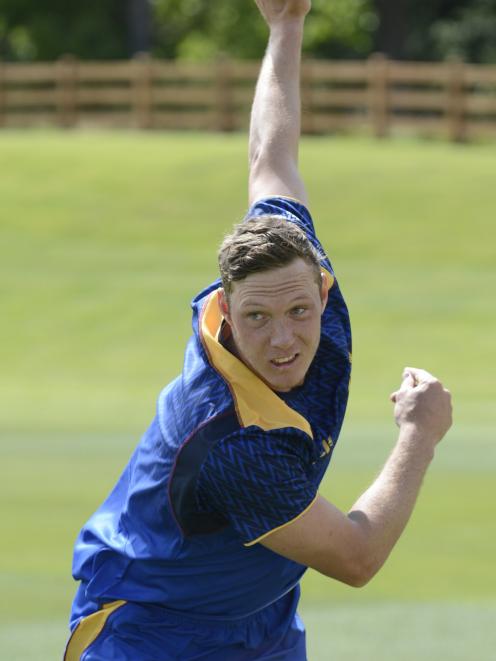 The Volts will have to do without seamer Matt Bacon for another month. He fractured a bone in his hand during a match against Wellington in Dunedin earlier this month.

"Probably all in it will be six weeks and three weeks before he is bowling again," Walter said.

Bacon is the joint leading wicket-taker for the Volts in the tournament this season. He has taken nine wickets at 19.44 but has struggled to keep the run rate down.

Left-arm wrist spinner Michael Rippon is the most frugal of the Otago bowlers.

He has snapped up eight wickets at 21.87 while going for 6.73 an over. Anything under seven is a tremendous effort.

He just needs a bit more support so some of that form can be rewarded with a victory.

But twenty20 is a batsmen’s game and the first priority for Otago will be to produce an improved batting display.

The Volts made two changes for the match against Wellington. Wicketkeeper Max Chu replaced Mitchell Renwick and Josh Finnie was recalled for Llew Johnson.

Dale Phillips was also promoted into the starting line-up to lengthen the batting.

The Volts were only able to post a modest tally of 137 for nine and lost by four wickets.

"We just have not been playing our best cricket to be honest — it is actually quite simple.

"Batting-wise we have not put enough runs on the board when we’ve batted first to give ourselves a total to defend.

"To be fair, the guys have done well trying to defend them but we just have not had enough runs.

"We have bowled well in patches but we have not put a complete performance together other than in the first game of the season."

The team’s next assignment is against Canterbury at Hagley Oval on Saturday.

The Volts need to win their final three round-robin games and for other results to go their way to sneak into the playoffs.