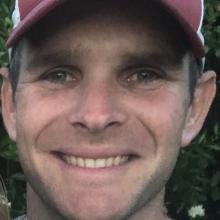 Originally from Timaru, McCord played five first-class games for Canterbury — his debut was against Otago in Rangiora in late 2012 — and took 16 wickets.

He recently was director of coaching and first XI coach at St Bede’s. He also worked throughout Canterbury’s player pathway as head coach of under-17, under-19 and provincial A sides.

The opportunity to pursue his passion in coaching and challenge himself to produce promising cricketers were major factors in accepting the Otago role.

“This role represents a huge opportunity for me to pursue my coaching career which I’m so passionate about,’’ he said.

“I’m excited at the prospect of helping produce good cricketers. It will be privilege to be able to help the current Volts and playing group to develop, but also to help aspiring players within our pathway.’’

Otago high performance manager Simon Forde said McCord’s passion for the game, along with his strengths as a bowling specialist, made him stand out among other applicants.

“Ben was outstanding throughout the recruitment process,’’ Forde said.

‘‘He has great energy, playing experience and specialist skills as a bowling coach. He will add significant value to the Volts and throughout the pathway into the provincial A environment. We are looking forward to having him on board.”

While being a Canterbury man through and through, McCord is familiar with the Otago region, having family in Dunedin.

“I’ve always had a huge amount of respect for Otago sport,’’ McCord said.

‘‘The teams across various codes always seem to be close-knit and play for each other. The support base is always very passionate. Hopefully, we can give those fans plenty to get behind this season.’’

McCord, wife Vicki and sons Riley (5) and Reid (5 weeks), will travel to Dunedin later this month, before he starts his role in early August.