Powerplay may hold key for Volts 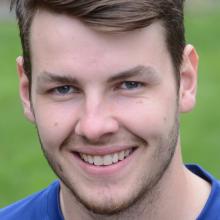 Hope for the best.

That is pretty much the thought process Otago captain Jacob Duffy goes through at the top of his mark.

Bowling in the powerplay is a brutal experience and the Volts, by their own admission, have not got it right this season.

Otago will get another opportunity this afternoon. It wil host Central Districts in the Super Smash game on what looks to be a belter of a wicket at the University of Otago Oval.

And it is Duffy who will set the tone. He takes the new ball for the Volts and usually bowls the last over as well.

It is not easy gig. The pitch rarely offers any comfort in T20, nor the size of the bats or the fielding restrictions.

"The last couple of seasons we’ve sort of felt like we were ahead of game a little bit in terms of guys being aggressive," Duffy said.

"But this year it has kind of not felt like that. They’ve clued on to us a little bit.

"But we’ve recognised that and we have to change our tactics in some way.

"In think we’ve taken one wicket in three games during the powerplay and I think we’re going for near on 60 every time.

"We’re getting 60 when we bat as well, so it is obviously a tough period.

"But we’ve got to do a better job of staying ahead. That has been our strength in the past and we’ve got to find a new way."

Oddly, line and length worked well for Duffy during his international debut. He took four wickets in the opening T20 against Pakistan last month.

He put that down to Pakistan not getting a good read on the pitch and perhaps it went into the game intent on attacking the rookie.

But at domestic level the batsmen all know what to expect from Duffy and are familiar with the conditions.

Line and length is less of a stock delivery and more like one of his many variations.

Deciding just where to pitch the ball is a plan which is adopted at the top of the mark. But a lot of work goes into the researching the options.

He spends hours studying batsmen and where they like to hit the ball.

And, of course, they spend plenty of time doing the same analysis on Duffy.

It is cat and mouse and the batsmen are winning the exchanges in the powerplay at the moment.

Central Districts has been strengthened for today’s encounter by the return of classy right-hander Will Young.

The Stags boast some frightening power in their batting line-up with the likes of Josh Clarkson and Kieran Noema-Barnett.

George Worker is the competition's leading scorer. He has scored 200 runs in four innings at a strike rate of 143.88, while Blair Tickner and Joey Field have been the Stags’ most successful bowlers in the format this season.

The Volts are missing all-rounder Nathan Smith but otherwise are unchanged from the team which edged Northern Districts at Bay Oval on Saturday.