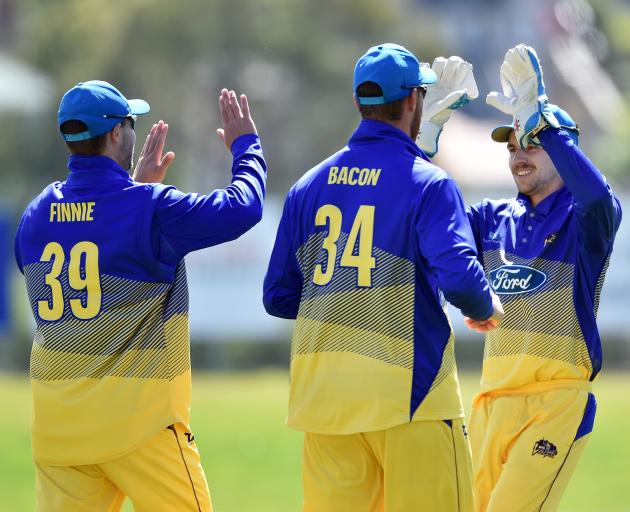 All-rounder Michael Rippon helped steer Otago to a record win against Auckland at the University of Otago yesterday.

The left-arm wrist spinner took a career-best five for 21 and also blasted an unbeaten 48 as the home side piled on the runs. 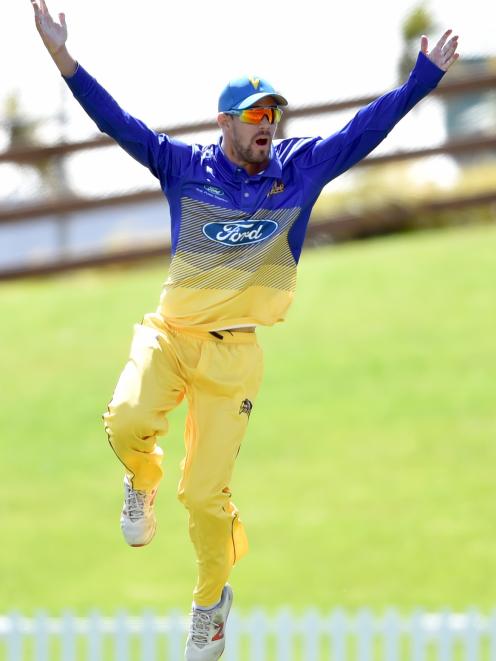 Michael Rippon had an exceptional game for Otago.
Auckland, which has set the benchmark throughout the campaign, could muster only 144.

The 210-run loss was the Aces’ heaviest runs defeat, surpassing the previous 186-run defeat to Wellington at the Basin Reserve during the 1971-72 season.

The win catapulted Otago from fifth to third in the standings. And, crucially, the Volts have secured a playoff spot and will play Canterbury at Hagley Oval on Thursday.

Canterbury dispatched Central Districts by nine wickets at Pukekura Park to secure the hosting rights for the elimination final, while Northern Districts beat Wellington by 82 runs in Whangarei but missed a playoff spot on net run rate.

Auckland had already secured the hosting rights for Sunday’s final.

The Aces certainly chased early wickets yesterday. Ben Lister had four slips in place for his first over.

Despite all the gaps in front of the wicket, Otago did not get a run from the bat until the third over.

Nick Kelly made up for any lost time with a flurry of boundaries on his way to 34 from 23 balls.

That innings helped set the tone but it was Broom and Josh Finnie who made the most telling contributions.

That partnership provided the escalator to the top floor where Santa was waiting to dish out the gifts.

Broom went on to post his 10th list-A century, while Finnie holed out for a brisk 69 for 55.

Otago had been vulnerable on 98 for three before the pair combined to take the match away from Auckland.

Rippon whacked 48 from 26 balls in a damaging unbroken stand of 68 with Dale Phillips (26 from 23) to help push the target towards the very difficult end of the spectrum.

The spinner then employed his variations to good effect. He bowled Jeet Raval for 51, getting the delivery to slip past the left-hander’s inside edge.

It was the flipper and he has spent a while perfecting it in the nets.

“Up until last year I didn’t bowl the flipper in games because I had been hitting the side net in practice,’’ Rippon said.

“So it is nice to have the confidence to bowl it in games now.

“I bowled him one earlier and hit him on the pad, so I thought he does not have great read on that yet.

“It is a feeling you get as a bowler as to when it is the right time to bowl it.’’

The right-handed Ben Horne got done by a wrong’un which nipped past the outside of his bat and hit the top of middle.

They were two cracking deliveries but full tosses proved just as effective.

Robbie O’Donnell went, lbw, when he was struck on the pad from a full toss and Lockie Ferguson spooned a gentle return catch to the bowler from another full bunger.

That was Rippon’s fifth wicket and at that stage he had five for five.

The South Africa-born player becomes eligible for New Zealand later this month so it was good timing.