Volts ‘weren't able to make a fist of it’ 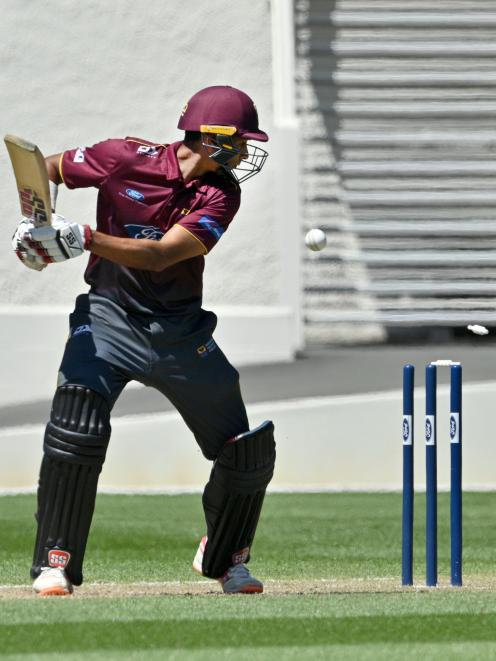 But really it was the batsmen who were absent during the side's 66-run loss to Northern Districts at the University of Otago Oval yesterday.

The Knights posted a middling total of 243. That is not much of a chase by today's standards.

Even on a used pitch Otago should have cruised to victory.

But the Volts slumped to 57 for five before recovering slightly to reach 177.

‘‘We probably played shots that were unnecessary given we only needed to score four and a-half to win the game.

‘‘Often in cricket you see those smaller targets become difficult ones.

‘‘It definitely was not as easy a wicket to bat on as it was on Sunday. But our mindset was to set up a foundation and then you don't have to worry about the run rate.'' 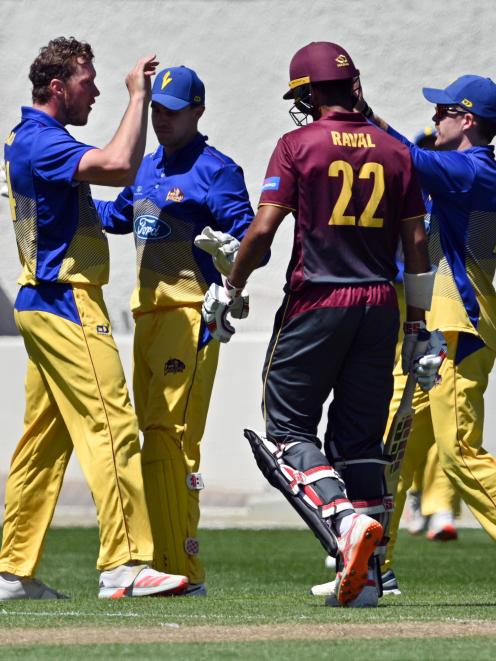 Raval is bowled by Otago paceman Matt Bacon who then (left) celebrates with team-mates Mitch Renwick (second left) and Nick Kelly (right). A disappointed Raval heads on his way.

Instead that middling target morphed into something more monstrous when Otago key batsmen Hamish Rutherford and Neil Broom were out inside the first 10 overs.

The Volts needed their experienced duo to show more starch.

Nick Kelly got a faint edge shortly after blazing a boundary and joined them on the gloomy side of the picket fence.

Otago had poked both eyes and injured an index finger in the process.

With no Nathan Smith or Michael Rippon in the line-up, the list of potential saviours was about as long as the queue to the video store.

And on cue Josh Finnie (0) nicked a wide one.

Anaru Kitchen (5) was a little unlucky. He got a rising delivery from Brett Hampton and spooned it as far as gully.

Getting to the moon on a rocket ship made from tin foil and recovering from 50-odd for five are about on par.

You might even want to take your chances among the stars.

Mitchell Renwick and Dale Phillips tried to get the makeshift craft out of the atmosphere but were eventually ejected.

Renwick chopped on for 48 and Phillips feathered a Matt Fisher delivery to the keeper for 35.

With just the bowlers left to bat, the game drifted towards an inevitable result.

Travis Muller (34) clubbed some late boundaries but was just contributing to a lost cause.

Fisher, who picked up the key wickets of Rutherford and Broom, finished with four for 34 which was a tremendous effort in just his second list A game.

Earlier, Northern Districts pair Jeet Raval (42) and Bharat Popli (40) added 56 for the second wicket in a good start for the visitors.

Matt Bacon broke that partnership when Raval chopped on but it was Kitchen who had the biggest impact.

The left arm spinner bowled unchanged for 10 overs and ruled supreme during the middle period.

The veteran all-round took three for 25 and conceded just one boundary.

Hampton (43 from 41) and Anurag Verma (47 not out) nudged the score in the direction of a defendable target.

In the other games, Central Districts beat Canterbury by six wickets at Pukekura Park and Auckland overhauled Wellington's total of 283 for six thanks to a century from Will O'Donnell.