One of the leading packs continue their surge down State Highway 8A towards Luggate on Saturday. PHOTOS: ADAM BURNS
Kees Duyvesteyn’s blazing form has continued into the new year.

The 96km circuit, part of Cromwell’s summer series, took competitors from Cromwell around Lake Dunstan passing through Northburn, Tarras, Luggate and back down Wanaka Road to the Cromwell Sports Club.

He said the milder conditions made for a smoother ride compared to previous years.

"There’s been some races where conditions have been diabolical, like 20km an hour on the flat.

"It was good today." 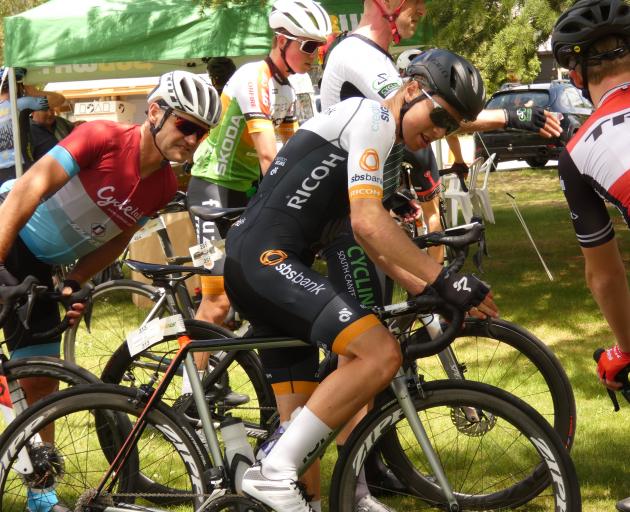 Kees Duyvesteyn hops off the bike at the finish of the Lake Dunstan Cycle Challenge in Cromwell on Saturday.
The groundwork has now been set, aided by a vigorous training schedule over the summer.

In a fortnight he will compete in the New Zealand Cycle Classic in Wairarapa.

Ella Harris, of Dunedin, was the first woman home in a time of 2hr 18min 50sec in what proved to be a profitable day for Otago’s young talented riders.

The 21-year-old said the season was just warming up for her.

"I’ve been doing quite a bit of training recently.

"I would’ve like to have stayed in the front bunch, but the second bunch was still rolling along solidly."