Families to have left their mark on Otago sport 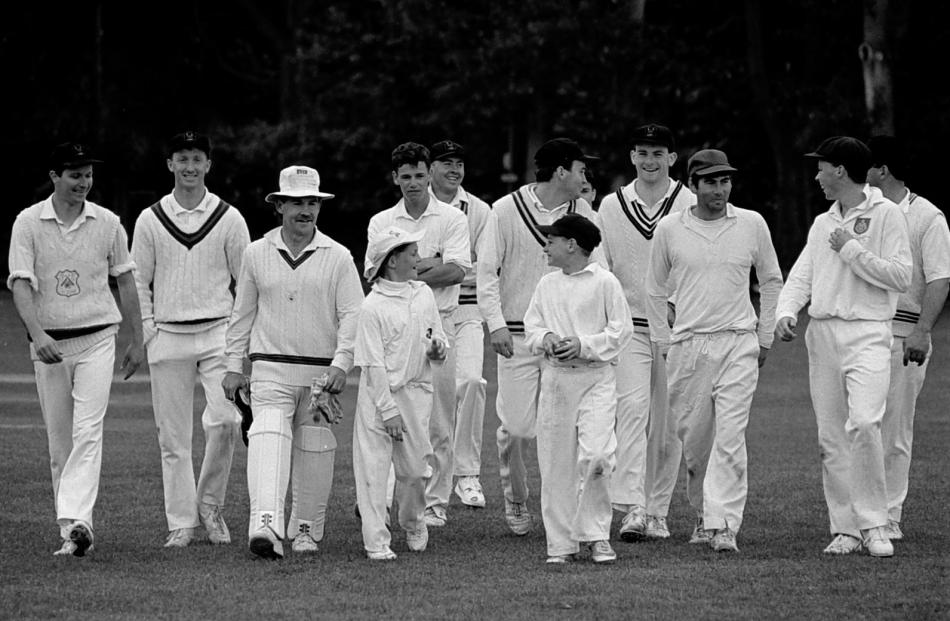 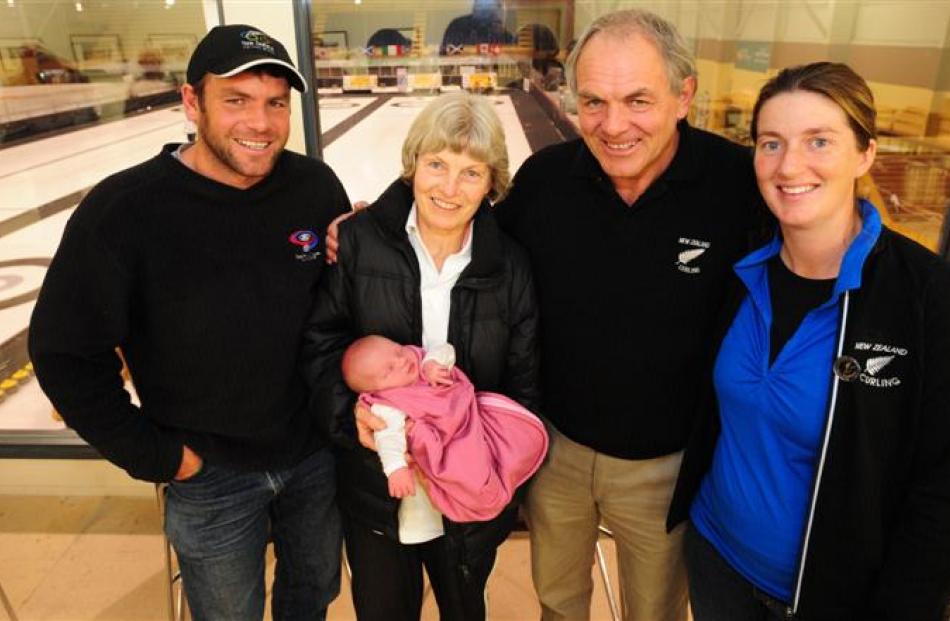 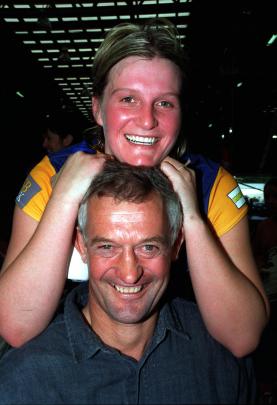 Belinda Colling and father Don after an Otago Rebels netball game in Dunedin in 1999. 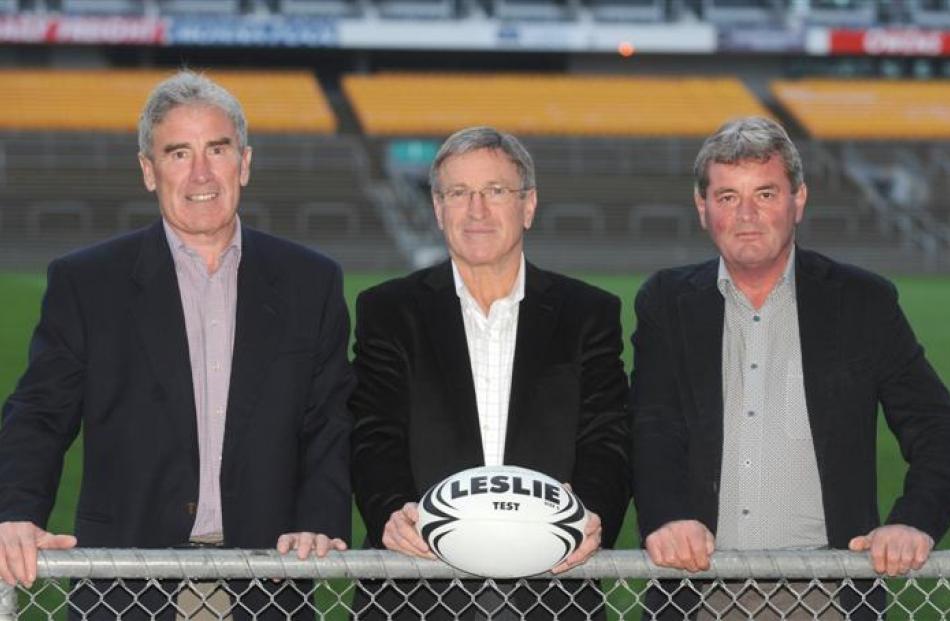 Merv (left) and Lyn Jaffray, with Brian McKechnie at Carisbrook in 2009. 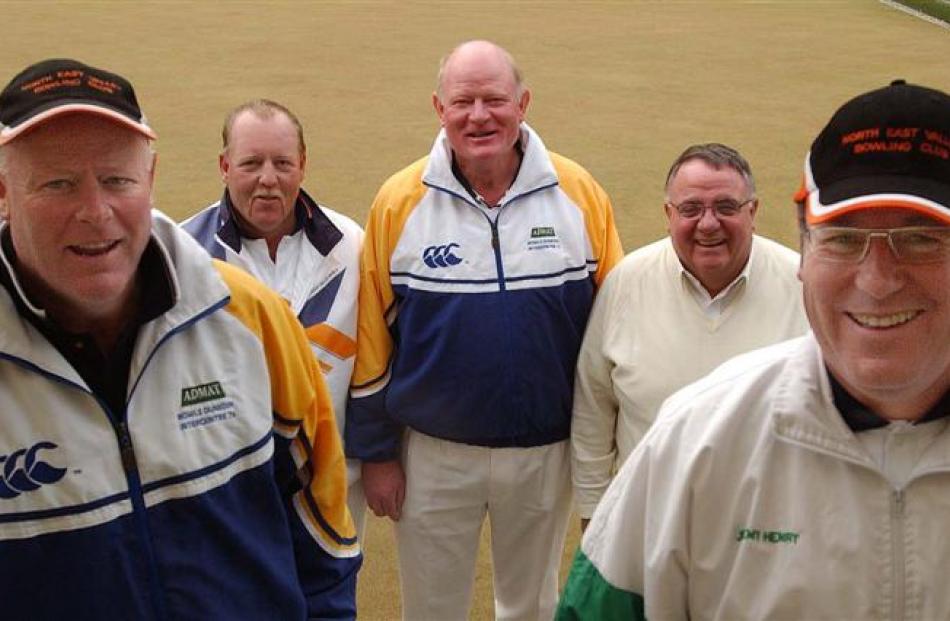 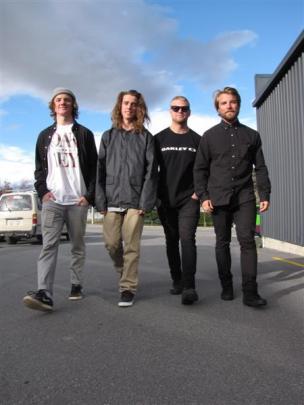 The Wells brothers (from left) Jackson, Beau-James, Byron and Jossi. 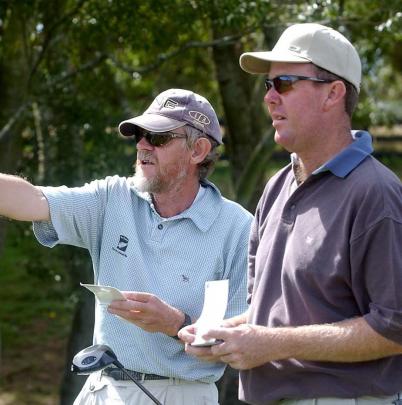 Brian (left) gives Greg Turner some pointers during the Clearwater Classic in 2003.

The Otago Daily Times sports department looks at some other great Otago sporting families through the years.

Who's who: Ken Rutherford played 56 tests and 121 ODIs for New Zealand, and son Hamish opens the batting for the Black Caps in tests.

High points: Ken captained New Zealand for about four years, scored three test centuries, and whacked a memorable 317 for New Zealand against the DB Close XI in 1986. Ian scored 222 for Otago against Central Districts in 1978-79, at the time the second-highest innings for Otago by someone not called Bert Sutcliffe. And Hamish announced himself to the world with a glorious 171 in his first test.

Who's who: Three brothers. Glenn Turner is arguably New Zealand cricket's greatest batsman, and is also a long-serving coach and administrator. Greg has 12 tournament wins as a golf professional, and now designs courses. Older brother Brian was a hockey player and cyclist, but is better known for being one of New Zealand's greatest poets and writers.

High points: Glenn became a member of the elite group of cricketers to score 100 first-class centuries, scored four double centuries on a single tour of the West Indies, and led New Zealand to a breakthrough test win over Australia with a pair of tons. Greg won four European Tour events, two New Zealand Opens and tied for seventh at the British Open. Brian played hockey for New Zealand and wrote some of our better sports books.

Who's who: Stu McCullum was a doughty batsman for Otago, and sons Nathan and Brendon both play for the Volts and New Zealand.

High points: Stu had a highest score of 134 and was part of the last Otago team to win the first-class competition. Nathan has established himself as a key member of the Black Caps' limited-overs sides, and helped the Sydney Sixers win the Champions League T20. Brendon, the New Zealand captain, has seven test centuries, ignited the Indian Premier League with an unbeaten 158, and is the third-highest scorer in New Zealand ODI history.

Who's who: Bill and children Joan, Maree, Yvonne, Kevin, John, Terry, Barbara, Catherine and Kerry - plus Bill's sister Margaret - are part of the first family of Otago table tennis.

Who's who: Brian and Hec - both trainers in their own right - are the sons of the late Hector, who trained horses. Former jockey Brian trains with son Shane - also a former jockey - and established White Robe Lodge, a training and breeding property. Hec, now retired, trained with son Steven, who has carried on training. Steven's twin sister, Debbie, rode 207 winners in a 17-year riding career.

High points: Brian Anderton was inducted into the New Zealand Racing Hall Of Fame in March 2012, having ridden almost 400 winners and collecting more than 1300 winners in his training career. Leading stallions at White Robe Lodge have included Noble Bijou, who sired 10 group 1 winners, and Mellay, who topped the New Zealand sires list twice in the 1970s. Brian and Shane have combined to win multiple Otago premierships, while Steven is currently experiencing success with gallopers The Solitaire, The Glitzy One and The Diamond One.

Who's who: Brothers Jossi, Byron, Beau-James and Jackson Wells all compete in the rapidly-growing sport.

High points: Jossi was world champion in 2010 and is a multiple medallist at the X Games. Byron was second in the Dew Tour superpipe in 2012. Beau-James was fifth in the Dew Tour halfpipe last year. And youngest brother Jackson (15) is just getting started. More than one Wells boy is expected to be named today in the New Zealand Winter Olympic team for Sochi.

High points: Markham's Nuggets enjoyed their best season last year. Jodi captains the Steel, and made a spectacular comeback to the Silver Ferns after a five-year absence. Janine is building an impressive coaching record and is widely seen as a future New Zealand head coach.

Who's who: Carl Dickel played cricket for Otago and was a top basketball coach. His sons, Richard and Mark, both played for the Nuggets and are also embarking on coaching careers.

High points: Carl guided the Nuggets to an impressive 59-38 record in his four years as coach. Richard was the foundation coach of the Southland Sharks. Mark led college basketball in assists in his senior year at UNLV, played for the Tall Blacks for more than a decade and is now juggling playing commitments with coaching junior players.

Who's who: Sisters Nina and Lisa.

High point: The Daniels sisters won bronze at the 2006 Commonwealth Games in Melbourne, and competed at the 2008 Olympics in Beijing. They won eight consecutive national titles, and three straight Oceania titles before retiring and getting into coaching.

Who's who: Duncan Laing captained the New Zealand surf life-saving team in the demonstration sport at the Melbourne Olympics in 1956 and was professional coach at Moana Pool from 1966 to 2007. He was a New Zealand swimming coach at Olympic and Commonwealth Games and world championships. Was also an Otago rugby selector for four years and coached banner-winning teams in Dunedin club rugby. Sons Stefan, Ricky and Graeme also represented New Zealand at surf life-saving. Graeme played two rugby games for Otago in 1990.

High points: Duncan coached Danyon Loader to two gold medals at the Atlanta Olympic Games in 1996, and a silver medal at the Barcelona Olympics in 1992.

High points: Sean was New Zealand flag-bearer at the 2006 Winter Olympics, and won the International Curling Federation's Collie Campbell award a record three times. Sean and Bridget won the world mixed doubles title in 2010. Sean and Scott were in New Zealand team that finished fifth at world championships in 2011 and Peter was coach. Wendy was in national seniors team (over age 50) that finished fourth at world championships in 2012.

Who's who: Belinda Colling was a double international, representing New Zealand in netball and basketball. Her father Don, (80 games), and uncles Lin (68) and John (65) all played rugby for Otago, and Lin played 21 games for the All Blacks. Belinda's brothers, Michael (29 games) and Tim (one), also played for Otago. Belinda's husband, Charlie Hore (Otago, Canterbury, Highlanders), and his brother, Andrew (All Blacks, Highlanders, Hurricanes, Taranaki), were professional rugby players, and Belinda's mother-in-law, Sue, played hockey for New Zealand. Otago rugby great Jack Hore is a distant cousin.

High points: Belinda played nearly 100 tests for the Silver Ferns and was captain for a spell. Was also part of the all-conquering Rebels and Otago teams in 1998. In basketball, she represented the Tall Ferns at the 2000 Olympics. Don and John Colling were key figures in the great Otago team of 1975. Andrew Hore has just retired after 83 tests for the All Blacks.

High points: Merv captained Otago for long periods and led Green Island to club banners in the early 1970s. Lyn toured South Africa and the United Kingdom with the All Blacks in the 1970s.

Who's who: The Southland brothers combined to play more than 130 games for Otago from the mid-1950s to the mid-1970s. Jack played 21 tests for New Zealand and is arguably the greatest legspinner to play for the country. He took 49 wickets at an average of 38.02 and enjoyed a successful first-class career, taking 500 wickets in 143 matches at the excellent average of 25.37. He was the New Zealand Cricket Almanack player of the year in 1960 and 12 years later his younger brother, Gren, was awarded the same honour. Gren never played test cricket but fashioned a very useful first-class record. In 96 games, he took 275 wickets at 23.24 and scored 3200 runs at 23.88. 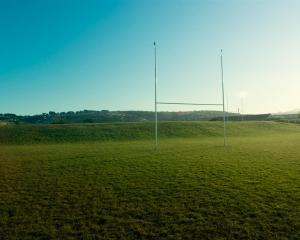 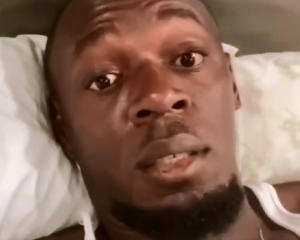