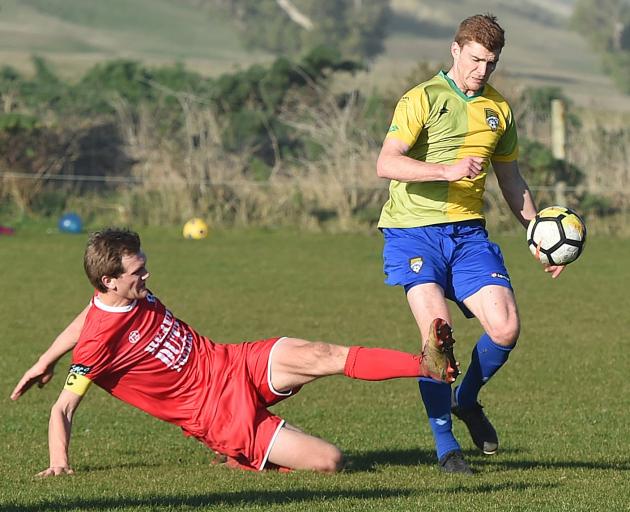 The hosts drew 1-1 with the Christchurch club at Hancock Park on Saturday to send off skipper Andy Ridden.

That paved the way for Nelson Suburbs to clinch the Southern Football League title, its 2-2 draw with Coastal Spirit putting it a point ahead of Cashmere.

Caversham's early forays were repelled and Cashmere began to dominate possession and territory.

Its imposing defensive pairing of Schwarz brothers Tom and Dan won most of the balls and set up the forward play.

Liam Little was the busier of the goalkeepers in the first half and he was forced into action in the ninth minute.

A curling shot from Corey Mitchell forced him into a diving save and then moments later Luke Tongue squared a pass to Finbar Galloway, whose shot hit the side netting.

Caversham showed its mettle with a quick break on 15 minutes and Ridden was stopped only by a high boot to the chest.

Cashmere had an opportunity with a free kick on 22 minutes, but Lyle Matthysen's effort was meekly struck into the wall.

Cashmere scored on its next attack on 27 minutes.

A ball from the wide channel was squared across the edge of the box and an unmarked Mitchell picked his spot.

Caversham had its best spell so far late in the first half.

Connor Neil won a midfield ball and went on a forward run.

He found Campbell Thompson, who got a good shot on target and forced Danny Knight into a fine save.

Two minutes before halftime Ben Wade broke forward and his pass to Sean Carter was crossed into the box and with Ridden about to pounce the ball was bundled out for a corner.

The resultant corner was delivered by Neil and Ridden's glancing header just crossed the line and after the officials conferred the goal was awarded to Caversham, ting the score.

In the second half Caversham's shape was much better at limiting Cashmere's possession.

The game became much more open with both teams trading chances.

Cashmere had further opportunities with free kicks but had no luck.

Midway through the half and Cashmere threw forward the imposing Dan Schwarz to win some aerial ball but Caversham's defending was resolute.

Cashmere were wanting to win it and forward runs from Ben Lapslie and Mitchell were gaining them momentum however the team's final shots were not incisive.

Caversham stalwart Tim Horner came on for the last 10 minutes and his experience was needed as Matthysen's spectacular scissor kick just flew wide.

With five minutes to play, Cashmere substitute Tom Cairns drove into the penalty box, his shot hitting the post and the ball coming to Tongue 2m out and unmarked.

He had a simple chance to tap in the winner, but his effort hit the right-hand post.

Caversham repelled five consecutive corners at the death to earn a well-deserved point and finish fourth.

Meanwhile, Otago University claimed a 1-1 draw with Western in its final game. 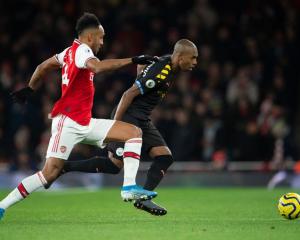 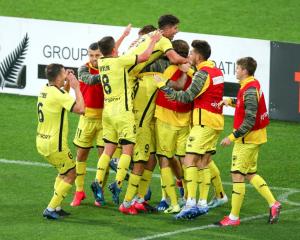