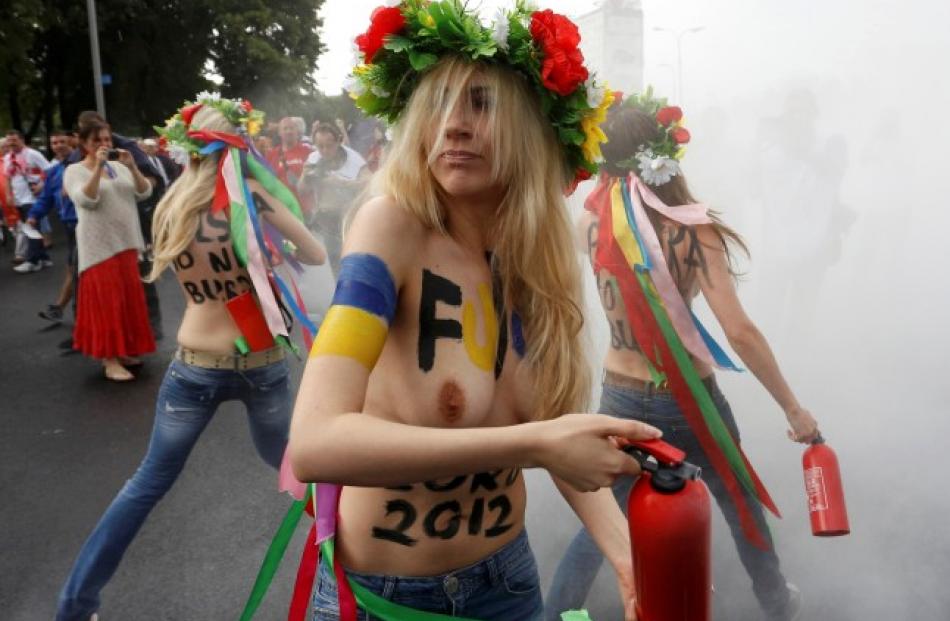 FEMEN activists protest against the Euro 2012 tournament outside a stadium in Warsaw, Poland. REUTERS/Jerzy Dudek 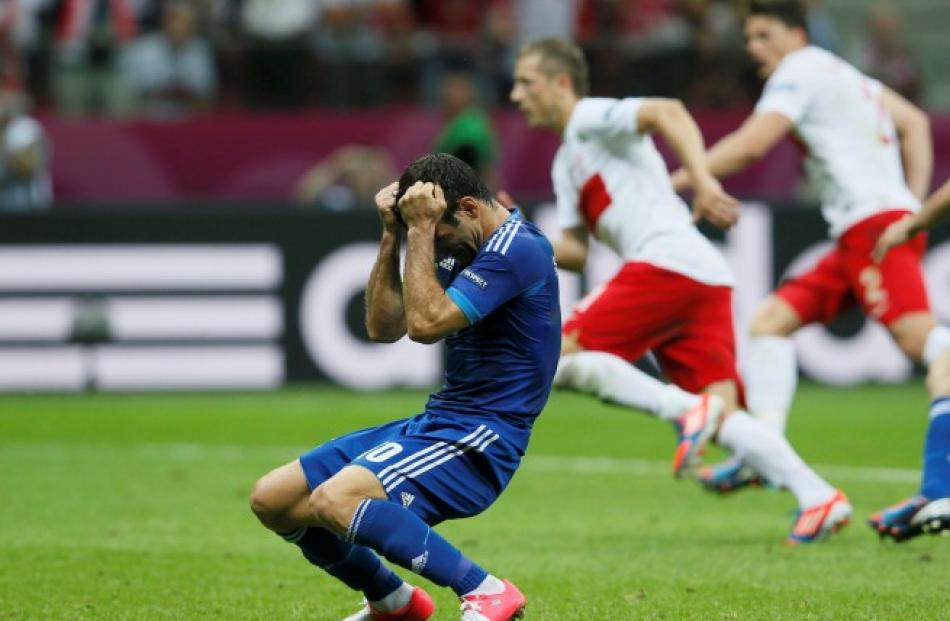 Greece's Giorgos Karagounis reacts after his penalty was saved by Poland's substitute goalkeeper Przemyslaw Tyton during their Group A match at the National stadium in Warsaw. REUTERS/Pascal Lauener 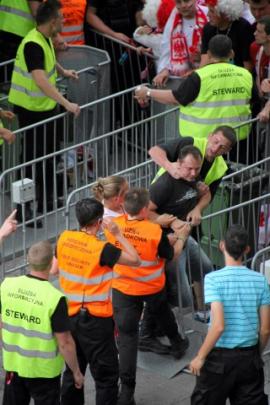 Security personel scuffle with supporters trying to force entry at the match between Poland and Greece. REUTERS/Slawomir Pawlowski / Agencja Gazeta 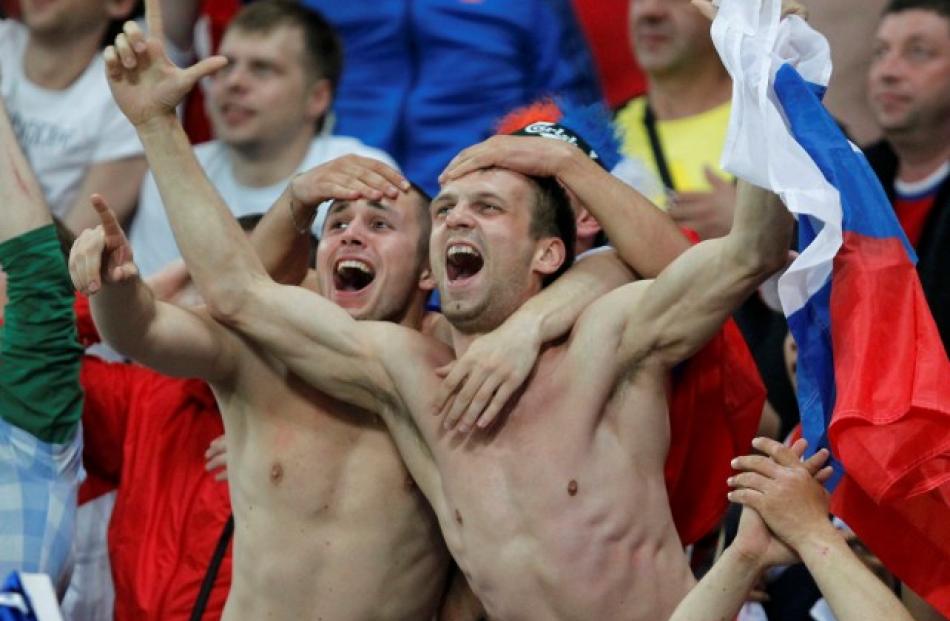 Russian supporters celebrate their team's 4-1 win over the Czech Republic 4-1 at the City Stadium in Wroclaw. REUTERS/Petr Josek

Euro 2012 got off to an incident-packed start with Group A favourites Russia thrashing the Czech Republic 4-1 while Greece spoiled the party for co-hosts Poland in a drawn opening match as both teams finished with 10 men.

Russia captain Andrei Arshavin turned in an inspired performance as his side put on a breathless display of counter-attacking football in Wroclaw that blew the Czechs away.

The Russians will next face Poland who got the perfect start against Euro 2004 champions Greece when talismanic striker Robert Lewandowski scored early but the Greeks fought back and even missed a penalty in a lively encounter.

The start of the action on the pitch helped draw attention away from fears over racism at the event, which Poland is jointly staging with Ukraine and is the biggest of its kind in eastern Europe since the collapse of communism.

The tournament was officially opened with a colourful ceremony in Warsaw's National Stadium featuring dancers in the traditional costumes of the two host countries before Poland and Greece served up an entertaining game.

Colour of a different shade was provided by members of topless women's rights group FEMEN, who protested outside outside the stadium in Warsaw after a series of disruptive incidents in the lead-up to the tournament.

The opening game could have been worse for the home side but for substitute goalkeeper Przemyslaw Tyton, who saved a penalty with his first touch 20 minutes from time.

Poland's first-choice goalkeeper Wojciech Szczesny had been dismissed moments before for a foul on Dimitris Salpingidis in the penalty area but Greece captain Giorgos Karagounis's weak spot kick was parried to safety by Tyton with his first touch.

The vociferous home support among the 56,000 crowd did their best to spur their heroes to victory but Greece, who were reduced to 10 men before the break, held firm to earn a point.

Poland had looked to be heading for victory when Lewandowski nodded them deservedly in front in the 17th minute and Greece defender Sokratis Papastathopoulos was harshly dismissed just before halftime for a second yellow card.

But Salpingidis levelled for the Greeks six minutes after halftime before Tyton became the first substitute keeper to save a penalty at a European Championship.

"The opening game in such a big tournament often ends with a draw but all is not lost," said Poland coach Franciszek Smuda.

"We will play at least two more matches at Euro 2012 and we must win both of them," he added.

In the second game Russia opened a 2-0 lead with goals by Alan Dzagoyev after 15 minutes and Roman Shirokov in the 24th before Vaclav Pilar struck for the Czechs in the second half.

Dzagoyev added his second in the 79th and substitute Roman Pavlyuchenko lashed in a fourth eight minutes from time.

Co-hosts Poland and Ukraine hope the event will show the world how far they have come since the Berlin Wall fell in 1989 and the Soviet Union collapsed two years later, while Ukraine wants the finals to help it integrate with the West.

However, both countries are embroiled in a row over xenophobia and Ukraine faces a boycott over its treatment of opposition leader Yulia Tymoshenko, who was jailed in a case which the West says is politically motivated.

A spokeswoman for the Dutch team said players had heard racist chants from the crowd this week during a training session in a stadium used by Polish club side Wisla Krakow.

"Some players did hear some monkey noises. That is why they moved to the other side of the pitch," the spokeswoman said, although coach Bert van Marwijk, Dutch officials and many journalists at the training session heard no racist abuse.

Dutch football authorities did not lodge a formal complaint but UEFA, soccer's European governing body, released a statement saying it had a "zero-tolerance policy" on racism and referees had been told to stop matches if there was any racist behaviour.

Polish Prime Minister Donald Tusk dined on Thursday at the home of the country's first black parliamentarian, John Godson, to try to ease worries about racism.

Ukraine has also tried to dismiss such concerns, which were fuelled by a BBC documentary that showed racist violence in a Ukrainian soccer stadium.

"There is no racism in Ukraine," the government press office quoted Prime Minister Mykola Azarov as saying. "Ukraine is an extremely tolerant and democratic country."

Ukraine also faces an unofficial boycott over the treatment of Tymoshenko, a former prime minister sentenced to seven years in prison last October for abuse of office.

She is serving her sentence in the city of Kharkiv, where she said in April she was physically manhandled by prison guards and is now being treated for chronic back problems in the same city. Prison authorities deny she was assaulted.

Britain said on Thursday government ministers would not attend group matches in Ukraine because of human rights concerns, and Germany and France are among other countries to have announced similar moves over their teams' appearances.

European Commission President Jose Manuel Barroso said he had no plans to attend, but Foreign Ministry spokesman Oleh Voloshyn said Ukraine would not be influenced by the boycott.

The controversy has done little to dampen enthusiasm among Polish and Ukrainian fans and there was a festive atmosphere in both countries.

Matches in Ukraine start on Saturday when Netherlands play Denmark and Germany face Portugal in a tough Group B. 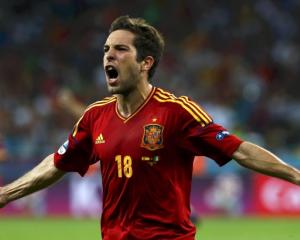 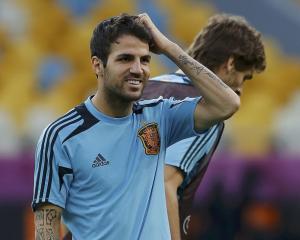 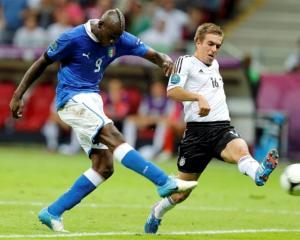 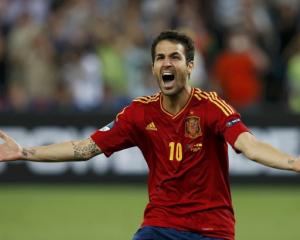 Football: Spain through to Euro final on penalties 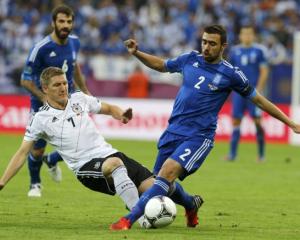 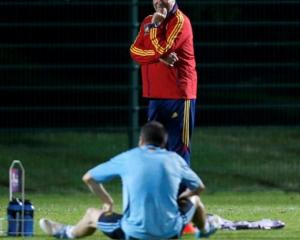 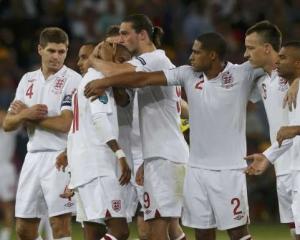 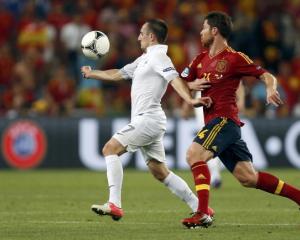 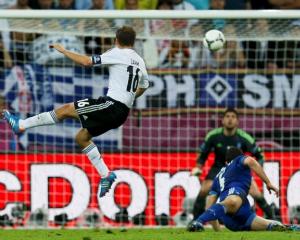 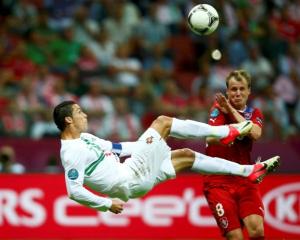 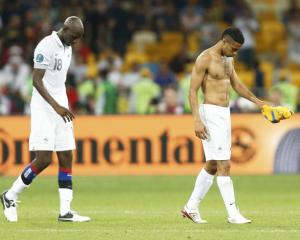