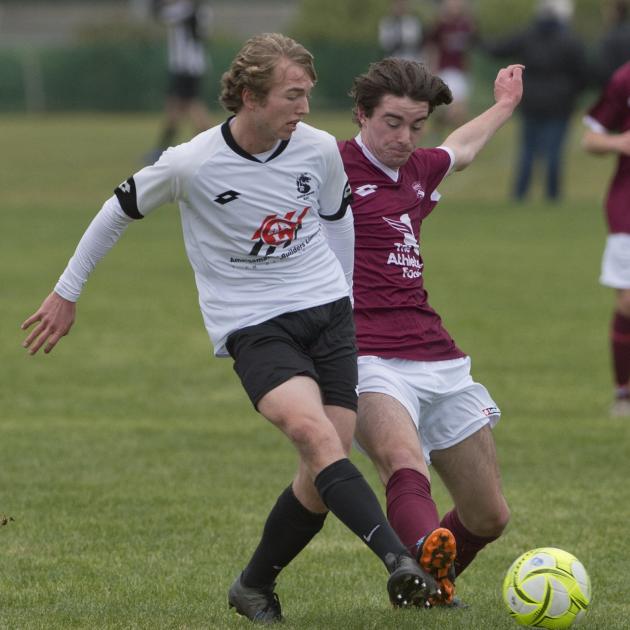 After a couple of early chances to Mosgiel’s Cody Brook, Green Island settled and harried Mosgiel, none more so than striker Matt Brazier and Eddie Wilkinson — who had a standout performance on debut.

Brazier’s movement in the penalty box caused the ball to slice off Aidan Barbour-Ryan for an own goal after five minutes.

Brook had a equalising goal disallowed for the slightest of handballs near the quarter hour.

Brazier then had a shot from 25m tipped over the bar by with a flying save from Yousuf Ahmadi. Green Island was now in the ascendancy and from a corner it was cleared off the line.

An opportunity came Mosgiel’s way on 27 min when a free kick following a foul on Rory Findlay was awarded and only a smart save by keeper Christian Firth denied Barbour-Ryan.

But five minutes later it was 1-1 with Cam Anderson receiving the ball at his feet, running and then cutting inside his marker and coolly slotted past Firth.

Rahan Ali took another free kick for Mosgiel minutes but his effort from 30m was just over the crossbar.

Green Island then broke forward and following a great pass from Wilkinson, Brazier’s strong run into the box drew a foul from Liam Dungey. Referee Jack Henderson pointed to the spot and Tom Milton made no mistake on 35 minutes.

Green Island’s new coaches — Mark Foster and Shane Carvell — instigated a new game plan in the second half and, defensively strong, the side kept its shape.

With Blake Porteous at centre back and the deep-lying Brynn Sinclair in particular standing out Mosgiel, was left frustrated despite having the lion’s share of possession. It was unable to force the equaliser.

William Ebbinge had Queenstown ahead at the break and he made it 3-1 with 30 minutes left.

Wanaka pulled one back when Adam Hewson’s pass deceived the defence and Toa Roode scored. Hermann bagged his brace from the spot following a foul on Mills.

Mills then scored the last two goals, with the first a sublime team movement with six slick one-touch passes that shredded the Wanaka defence. Queenstown ended up winning 6-2.

Dunedin Tech ran out a 2-0 victor over Roslyn-Wakari at Tahuna Park.

Technical went ahead on 18 minutes when a through ball caused some hesitation at the back and Caleb Osborne on debut got the important touch. Technical ensured coach Malcolm Feming’s tenure got off on the right note when Mike Neaverson scored from the penalty spot late on. 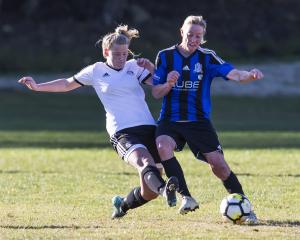