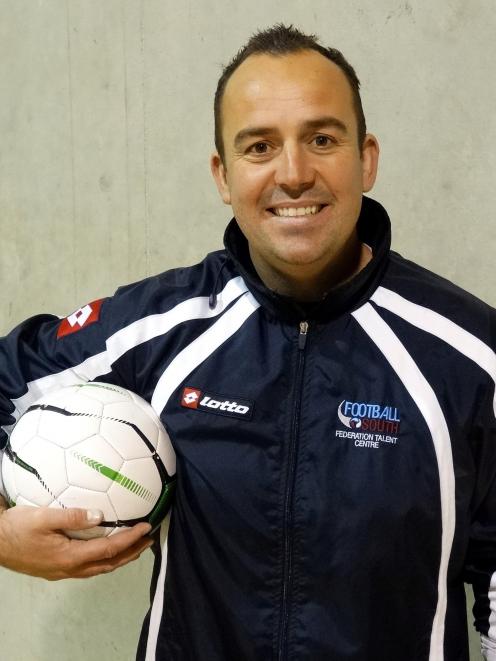 Paul O'Reilly
Progress has been made but Southern United coach Paul O'Reilly is not getting carried away.

The side has the chance to finish as high as fifth in the national football league, with a lowest possible finish of seventh still being its best result in years.

Its last game - in Napier today against Hawke's Bay United - will have a large bearing on that.

Should it win and Tasman United lose, it will reach new heights in the top half of the league table.

That is a long way from last year's bottom, although O'Reilly was viewing it as a platform, rather than an end result.

"It's definitely been progress which was badly needed.

"We needed to make progress on the previous year and obviously the previous couple of seasons, having not gone so well for the club.

"I think we've given a good account of ourselves across the season.

"Performance levels are pretty consistent and the professionalism and the passion and desire within the group has been evident in most games."

O'Reilly had learnt a lot since taking over the side last season. He had previously played and coached in his native Ireland.

Improved knowledge of the league and its players was key, while tactically he felt the team had been more astute.

He did not want to take too much credit, though, commenting on the improved quality of the squad and its depth.

The style of play was different from what O'Reilly had experienced in the past, too, something he had adapted to.

"It's not as aggressive and not as hectic as that level of football in Ireland.

"So similar to the players moving forward, we're constantly learning as coaches.

"We've made some decisions and tried things that haven't worked and we've had to learn from that.

"Then we've had some aspects of the performance that we've tried to do a little bit differently and have a little bit of flexibility in how we play tactically.

"Some of that has paid off and been successful."

The improved results, he felt, were important.

They helped with the belief within the side and showed the players they were capable of winning.

O'Reilly felt it was key now to keep pushing and improving on that.

Attitude was crucial there and something for which he has regularly praised the team this season.