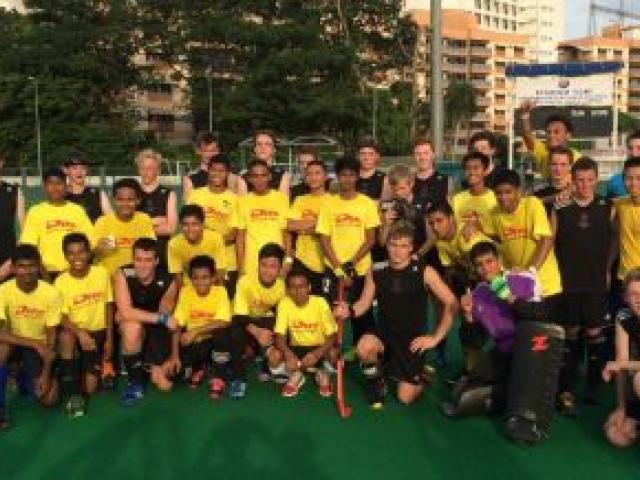 John McGlashan First XI with the SMK Titiwangsa team on the school's recent tour of Malaysia. Photo by Stewart McDonald.
John McGlashan College hockey players had the experience of a lifetime recently.

They have just come back from Malaysia after playing five games against Malaysian secondary school teams.

John McGlashan coach Stewart McDonald said 16 players were selected from the First XI and younger squads as a development side, including Taieri boys Mitchell Rogers, Matt Johnstone and Hayden Gillespie.

''Our tour guide was Richard Petherick, ex-Black Stick, who helped with our daily activities and gave some coaching advice throughout the trip.''

''We also caught up with Hugo Inglis, an old boy who attended McGlashan from 2002-06 and is now playing for the Black Sticks.''

Mr McDonald said the trip was designed as a ''development path to the top'' for hockey players at the college.

The college currently competes in the Johnston Cup national secondary tournament but Mr McDonald hoped the tour of Malaysia would give players the experience to make the step up to the second tier tournament, the India Shield.