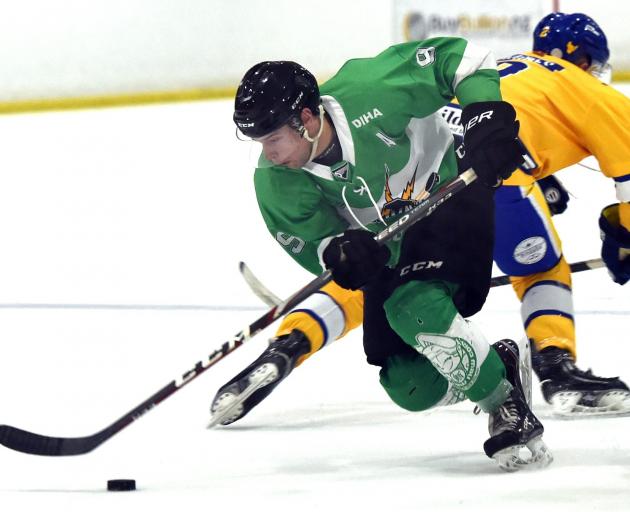 Dunedin Thunder forward Joe Orr gets past Southern Stampede defenceman Bert Haines during a national ice hockey league game at the Dunedin Ice Stadium last year. PHOTO: PETER MCINTOSH
One of the Dunedin Thunder’s longest serving and most popular players is heading to the enemy.

Joe Orr will be suiting up for the Canterbury Red Devils in this year’s national league.

The 25-year-old forward has been an ever-present fixture in the Thunder since making his debut as a 16-year-old pupil at King’s High School.

He became the Thunder’s third centurion, following Paris Heyd and Regan Wilson, when he played his 100th game in 2018.

With years of action to come on the ice, if he chooses, Orr already has 148 New Zealand Ice Hockey League appearances for 76 points (43 goals and 33 assists).

His one taste of action for the Ice Blacks came in the Winter Games NZ when it included ice hockey.

Known for his deft puck-handling and agility, Orr has also been a key man behind the scenes in the Thunder’s tight-knit community.

He said his move to Christchurch was simply about a chance to try something new.

"I just want a change of scenery and a bit of a fresh start," Orr told the Otago Daily Times yesterday.

"When I got back from overseas a couple of years ago, I sort of wanted to recreate that sense of experiencing a new place and meeting new people.

"I was planning on returning to America but canned it. New Zealand has probably been the best place to be with Covid around.

"It’s been a long ride with the Thunder, and it’s been awesome, but I’m at the age now where I’m not putting hockey first and I’m not as worried about who I play for."

Orr will take many special memories of his time with the Thunder, the highlight being a dramatic win over the dominant Stampede in Queenstown in 2018.

"Everyone knows they are pretty much unbeatable up there.

"Our team was good that season, and I probably had my best season to date, and we managed to sort of win in the last minute, which was a pretty good feeling."

Making the NZIHL finals in his second and third seasons — the Thunder was beaten by the Red Devils — also stood out.

"I would have absolutely loved to have won a championship with the Thunder.

"We’ve been very close a couple of times and it’s a bit frustrating we couldn’t get it done."

He knows exactly what to expect when he lines up in Canterbury colours and plays his old Dunedin mates for the first time.

"A few cheeky smiles, that’s for sure, and some good personal battles in the corner.

"It will be cool. But it will be weird, because I am very proud to be from Dunedin and loved wearing that green jersey."

It is another sign of the changing of the guard for the Thunder as Heyd is also hanging up his skates.

"Paris was my coach at first. Then he was my team-mate, and not long after that he was my boss.

"He cares for the game so much and he will leave a big hole. But it also gives an opportunity for someone else to step up." 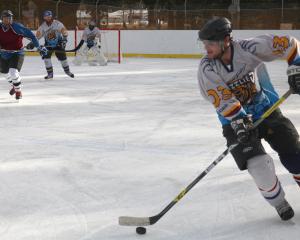