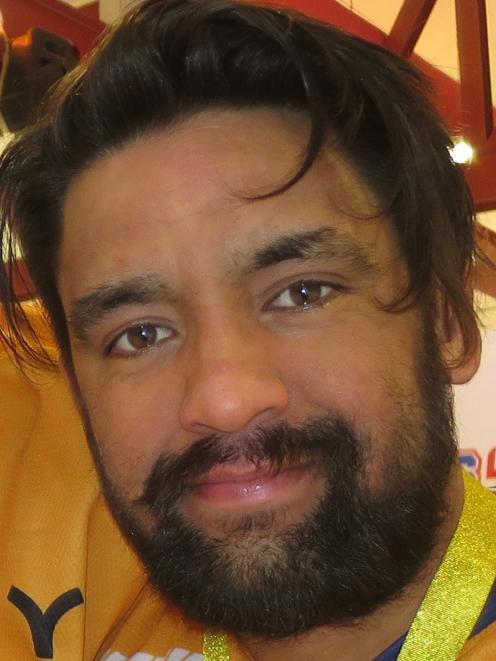 Cam Frear
Stampede's interim coach expects a standout level of ice hockey in this season's national league as the Queenstown team gears up for its season opener tonight.

The Stampede will need to muster grit and guts in its double-header against a "prepared'' Dunedin Thunder in front of a home crowd at the Queenstown Ice Arena tonight and tomorrow night, interim coach Cam Frear said.

Frear, who has played for both the Stampede and Thunder, is expected take the permanent gig after former coach Adam Blanchette returned to the United States for family reasons.

He believes the Thunder will favour a more "physical style of hockey'' following its move to import three new Canadian players and a new goalie from Finland.

"The type of hockey you play depends a lot on the types of imports you bring over.

"Historically, Dunedin have had European imports who play a high-speed game, so bringing over three Canadians mirrors the more physical side of the game.''

It should make for a thrilling match, because the Stampede is also known for its physical form.

Players returning to the side include captain Matt Schneider, Canadian imports Colin McIntosh and Patrick Volpe, and United States import Brian Dunford, who played for the team in 2014.

Despite not having a pre-season match as a result of the draw and players arriving in Queenstown, Frear has been impressed with how well the team has been performing at training, and he said the side was in a good head space.

"It's been a lot of planning to get to this point.

"Everyone is ready to pull the jersey on, and get to the part we know how to do, which is hockey.''

Callum Burns is out with a lower leg injury.

Frear said it was shaping as an even playing field this season, rather than just a few standout teams at the top.

"Dunedin will be a challenge; they are a prepared team and they have a great leader in Gino [Paris] Heyd.''