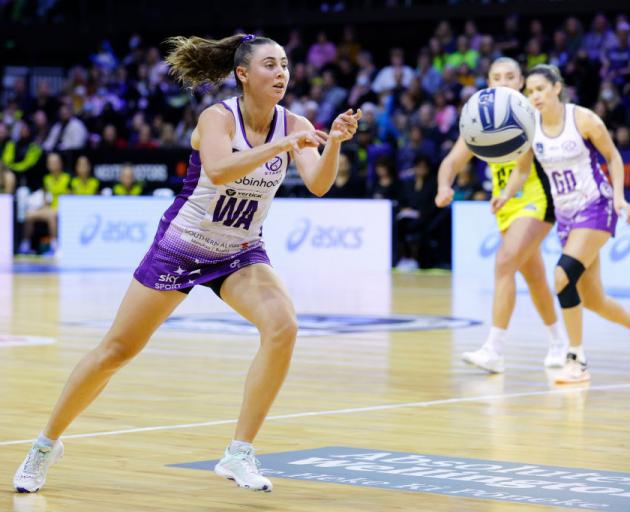 The Steel’s Kate Heffernan is a fantastic defensive midcourter, but is it her time to cement a place yet? PHOTOS: GETTY IMAGES
The Silver Ferns trials are coming to an end and a squad will be named on Monday, as the team prepares for the Commonwealth Games. Jeff Cheshire looks at who might hear their name read out.

Ameliaranne Ekenasio’s struggles to reach the prerequisite fitness standards following her pregnancy and Covid-19 have been no secret. She would be a lock under normal circumstances, although there is talk she has been left out of the squad.

That will make for a very young shooting line-up. Northern Mystics star Grace Nweke should be there, although is coming off an ankle injury. Her size and explosiveness make her a handful for defences to contain and her improvement has been noticeable over the past year.

Central Pulse goal attack Tiana Metuarau is another likely option, having taken her game to another level again, her playmaking ability a key part of the Pulse’s ANZ Premiership title.

Maia Wilson has had her periods of inconsistency, but had a strong season for the Northern Stars and has proven herself capable of excelling against the world’s best. Which leaves one spot open.

Aliyah Dunn has been among the most dominant shooters in the ANZ Premiership for the past five years, although the fitness standards have often kept her out. She has played just four tests, all in 2018. Certainly she is good enough to be there — although is potentially too similar to Nweke and Wilson.

Jamie Hume has stepped up over the past two years, although it would be a big elevation, while Te Paea Selby-Rickit and Bailey Mes both have experience if they go down that route.

Gina Crampton should be a lock and wing attack, as should Shannon Saunders as a wing attack-centre option.

Both bring quality and experience, with the proven ability to play at the top level — and we are not just saying that out of a southern bias.

From there it gets interesting. There is a lot of quality to pick from, each player bringing their own pros and cons.

Karin Burger was looking to be the favoured option at wing defence — although she has been ruled out through injury.

Sam Winders must be a very strong contender.

Nuggety, competitive and experienced, last year’s Silver Ferns player of the year provides the ability to play both wing defence and centre.

That likely leaves one spot. 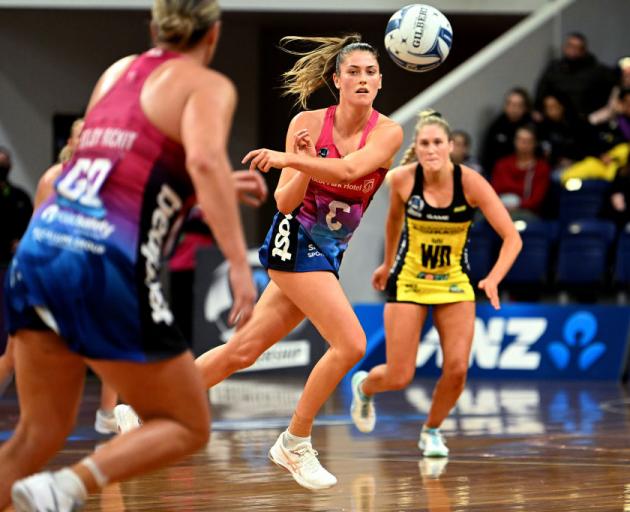 The Stars’ Gina Crampton should be a shoo-in for the Ferns at wing attack.
Kimiora Poi is quality at centre, although she has not been on the radar in recent years and her inability to slide elsewhere may rule her out.

Peta Toeava and Whitney Souness are both decent options, although the Ferns probably do not need another wing attack with Crampton and Saunders there.

Kate Heffernan’s length makes her a fantastic defensive midcourter, capable of playing both wing defence and centre — although she may be a year or two off still.

Mila Reuelu-Buchanan has had plenty of hype this season, much of deserved, after a brilliant campaign for the Stars.

Kayla Johnson’s experience could be an asset.

But Claire Kersten has been a favourite of the team in recent times and seems a more likely option.

She would be a reliable selection — potentially to start in the centre bib — while also being able to provide wing defence cover.

Injury and unavailability will play a big part here.

Burger is gone. So is Jane Watson.

Kelly Jury is coming off the best season of her career and should be a lock.

Sulu Fitzpatrick should be there too, the Mystics captain bringing as much presence off the court as on it.

That is a very strong goal keep duo.

Phoenix Karaka would be another likely option, bringing height and experience to the defensive circle.

Kristiana Manua may have been a strong contender, although she was snapped back in Australia this week.

Elle Temu is coming off a sublime season with the Stars and could be in line for a call-up.