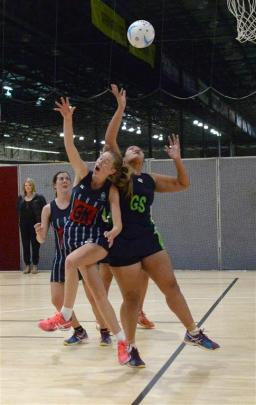 College A got its Dunedin premier A grade campaign off to a strong start with a convincing 59-43 win over St Hilda's Senior A at the Edgar Centre last night.

The side put in a mostly polished performance and grew in confidence as the match wore on, building on a 17-10 first-quarter lead to run out a comprehensive winner.

It put St Hilda's under pressure right across the court, with some strong work at the defensive end backed up by clinical finishing under the hoop from goal shoot Isabella Masani and goal attack Kiana Pelasio.

Masani worked well with her team-mates to position herself under the hoop and shot 39 goals from 45 attempts.

Pelasio made some nice shots and chipped in with 20 from 26.

In contrast, St Hilda's shooters Megan Borst and Georgia Heffernan had lower percentages but were not afraid to shoot from long range and landed some impressive goals.

It was a higher-risk approach and the College defenders were there to pick up the scraps when they missed.

Both sides were guilty of some loose passes and sloppy handling in the first 15 minutes, but it was College which took the advantage.

It continued its momentum in the second quarter as it shot out to a 22-11 lead in the first five minutes and began to play with more confidence, Pelasio slotting a long-range attempt to take the lead to 24-13.

College also won the battle of the rebound - Pelasio was particularly athletic under the hoop and Jess van Rossum snapped up anything loose on defence.

The gap was opened up to 29-14 with five minutes to play in the second quarter as College began to take control.

It went into halftime with a commanding 34-15 lead.

Both sides made changes at the break and St Hilda's adjustments bore early fruit as it began the second half with five unanswered goals to narrow the gap to 34-20.

Heffernan and Borst switched positions and Beryn Abbott was brought on at wing defence for Meg Timu, who replaced Georgia O'Malley in the goal defence bib.

St Hilda's took greater advantage of College mistakes early in the second half and the gap was closed to 37-26 midway through the third quarter.

Centre Kate Heffernan produced a nice touch, scooping up a loose pass and sending the ball down court to her sister, Georgia, who nailed another long-range shot.

However, Jopson got College back on top with a couple of mid-court turnovers and the lead was back out to 45-28 at the end of the third quarter.

Georgia Heffernan continued her hot form early in the fourth quarter, nailing a couple of long-range attempts, but College was relentless in its urgency and the gap blew out to 50-30 to put to bed any thoughts of a comeback.

Wing attack Teagan Voykovich had a huge match for College and was arguably its player of the night.

She was busy on both defence and attack and drilled some bullet passes into the shooting circle. 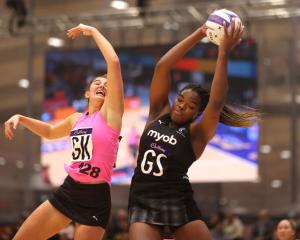 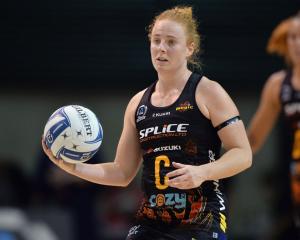