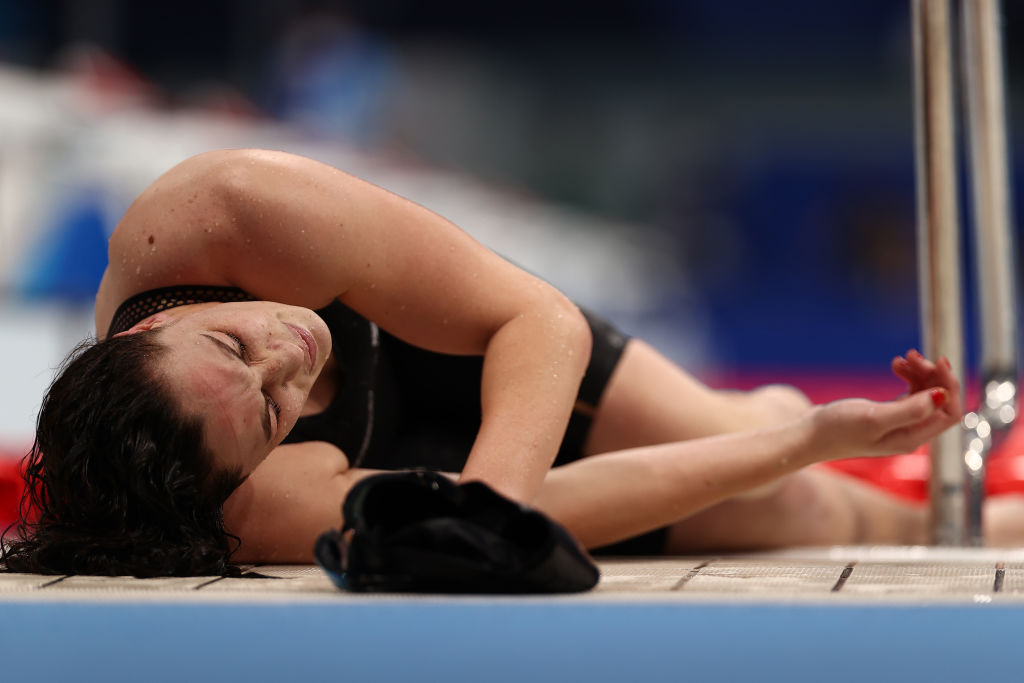 Pascoe vomited, blacked out and needed oxygen after winning the SM9 200m individual medley for the fourth time at a Paralympic Games.

She led the race from start to finish but had to fight in the final leg as she was chased down by Hungary's Zsofia Konkoly, with Pascoe edging the silver medallist by just two tenths of a second.

Pascoe finished in a time of 2:32.73 just ahead of Konkoly and Spain's Nuria Marques Soto.

Pascoe's latest gold is her 19th Paralympic medal in total and fourth of these Games.

"I did really leave it all out there and even left some on the side of the pool. But that is what a fight is all about and I really wanted it, I wanted to make it a four-peat.

"It just came down to that last 10 metres not breathing. That comes down to the skills that Roly [Crichton] and I have been working on for many years doing this race.

Pascoe said it will be her last time competing in the event in which she's been so successful.

"I can say you have just witnessed my last ever 200 IM. I will be cutting the events down now so it is nice to finish on a positive and with a gold.

"The mentality in that race was just to fight and dig deep. It came down to experience and that is what got me this gold medal.

"To come away with the four-peat I'm proud of myself.

"I'm so lucky to have Matt [Ingram] and Megan [Munro] on the side of the pool to get me medical attention. The fact the IPC moved the medal ceremony just shows how much respect they have for the athletes."

New Zealand's most decorated Paralympian won her first gold medal in Tokyo on Tuesday in the S9 100 metres freestyle, having already claimed silver in the 100m breaststroke and bronze in the 100 metres backstroke.

The Cantabrian will wrap her fourth Paralympics on Thursday when she competes in the 100 metre butterfly.

Tupou Neiufi could not win a second medal at the Tokyo Paralympics.

Neiufi finished fifth in the 50 metre freestyle final on Wednesday.

The Aucklander had won gold earlier in the Games in the 100m backstroke S8 category.

The 22-year-old from Te Awamutu qualifed third fastest for the final but missed out on a medal.

Howarth, who is at her third Paralympics, will be back in the pool in the 50m butterfly on Friday.