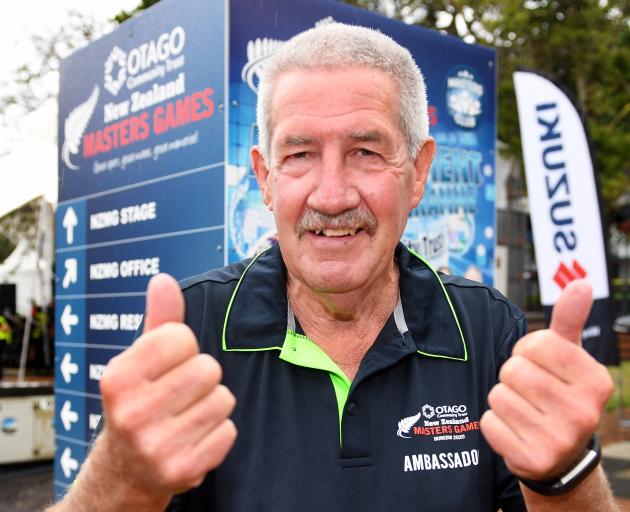 He has also done a lot of explaining.

The former New Zealand cricket player and coach is an ambassador for the games and has been getting around the events to spread some cheer.

There has been a lot of warm handshakes and hearty congratulating. He always has an uplifting story at the ready and a key to his success as a leader throughout the years has been his ability to motivate people.

‘‘Our role is to get around and either make a little speech before the event and to present medals. But really it is also to be a smiling face,’’ Lees said.

Lees and wife Jude could have stayed in a hotel for the week. But they chose to bring their caravan and stay at the camping ground in St Kilda.

‘‘We just love it, because we are living with the games people. So when you go to the shower in the morning, or the office or something, you actually end up talking to lots of people.

‘‘I’ve love every moment of it. And going to sports that I haven’t seen has been great.

‘‘I’d never been into the ice skating rink where they are playing the curling.’’

He has not been able to avoid talking about it, though. He has had to dispense a little therapy following the Black Caps 5-0 drubbing in the recent home T20 series against India.

‘‘I’ve been trying to encourage people to, I’m not saying forgive the team for losing, but to continue hoping they’ll win because I don’t like the vibe I pick up on when people are putting them down.’’

Lees felt the team’s recent poor run could be traced back to the confidence-bruising test series loss to Australia across the Tasman.

Some of the selections have left him bewildered and he was confused by the decision to promote the left-handed Mitchell Santner to No4 in game three of the T20 series.

Ross Taylor, one of New Zealand’s most accomplished batsmen, batted at No6 that day. That was an odd call as far as Lees was concerned.

‘‘I realise what the coach was trying to do. He thought the left-hander could hit the spinner but [Santner] is not that good.