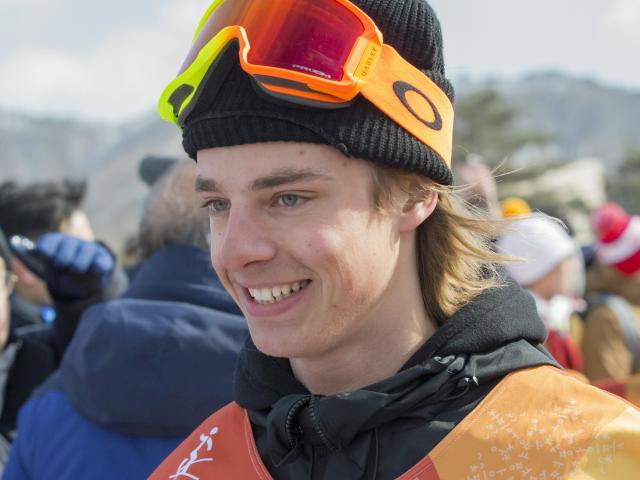 Carlos Garcia Knight. Photo: Getty Images
He is the forgotten man of February's Winter Olympics, but some strong performances from Carlos Garcia-Knight in the big air world cup at Cardrona could bring him to the forefront of everyone's minds.

After just missing out on a slopestyle medal in PyeongChang, the Christchurch snowboarder topped the big air qualifying with an unbelievable score of 97.50, and seemed set to be the one to break New Zealand's medal drought, instead of Zoi Sadowski-Synnott.

But he struggled in the final, failing to land a single run, and admitted recently he got too far ahead of himself.

''Being so close to a medal - I saw it, it was in reach and it got to me a little bit; I started thinking ahead.

''It's always so overwhelming when you get that close instead of just thinking 'you just need to go and do your run' I thought 'I could be getting a medal right now if I land this'.''

''That was the biggest thing I learnt, was to make sure I stay focused and not let the outside thoughts get the best of me. It was a pretty rough time to learn that but I guess I'm never going to forget it.''

However, he said he was ''still so happy with how I did at the Olympics'' and had been in a good headspace ever since.

''Since the Olympics I've honestly been so hyped on snowboarding and looking at it in a different light has been awesome.''

Garcia-Knight said he was not putting himself under pressure to get a podium finish but will instead be hoping to nail the tricks he showed in the Olympics when he lines up in qualifying tomorrow.

The finals will be held on Friday and Saturday.