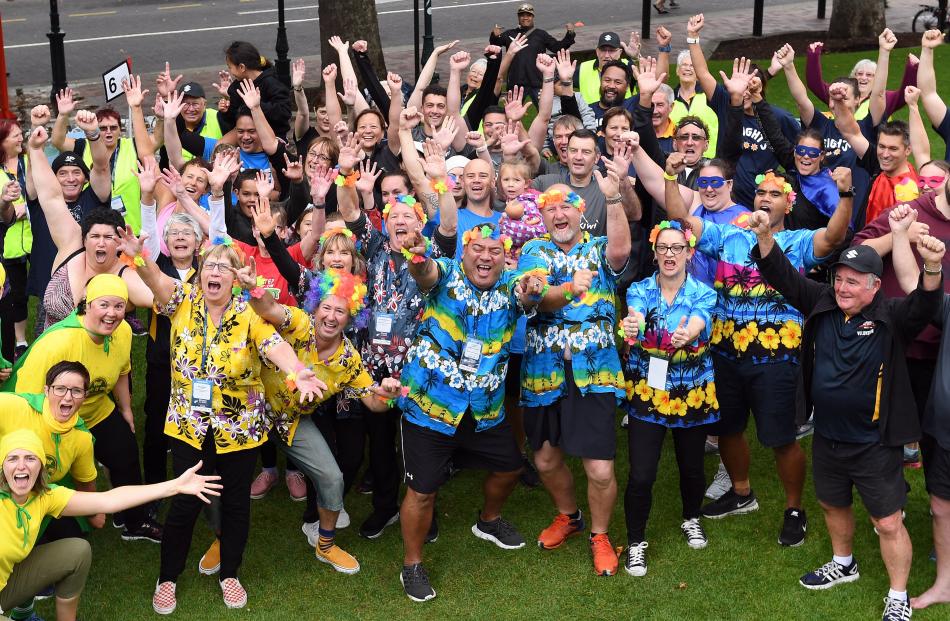 The Masters Games top team competitors are all set to have some fun at the event at the Octagon yesterday. PHOTOS: STEPHEN JAQUIERY 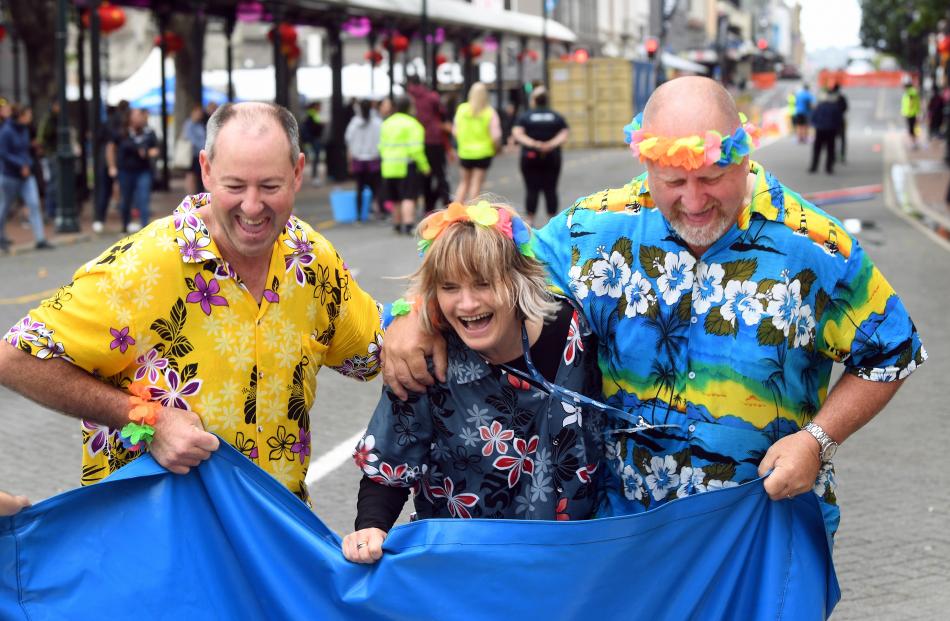 Trying to work out how to move in a giant sack race are (from left): Michael Dow, Louise Robertson and Mike Irving, of Dunedin. 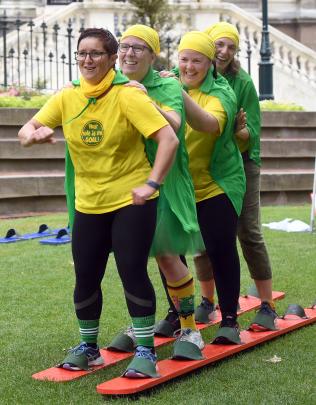 All ready to compete are (from left): Tracy Ballantine, Sarah Keen, Jade Saunders and Adrienne Buckingham. 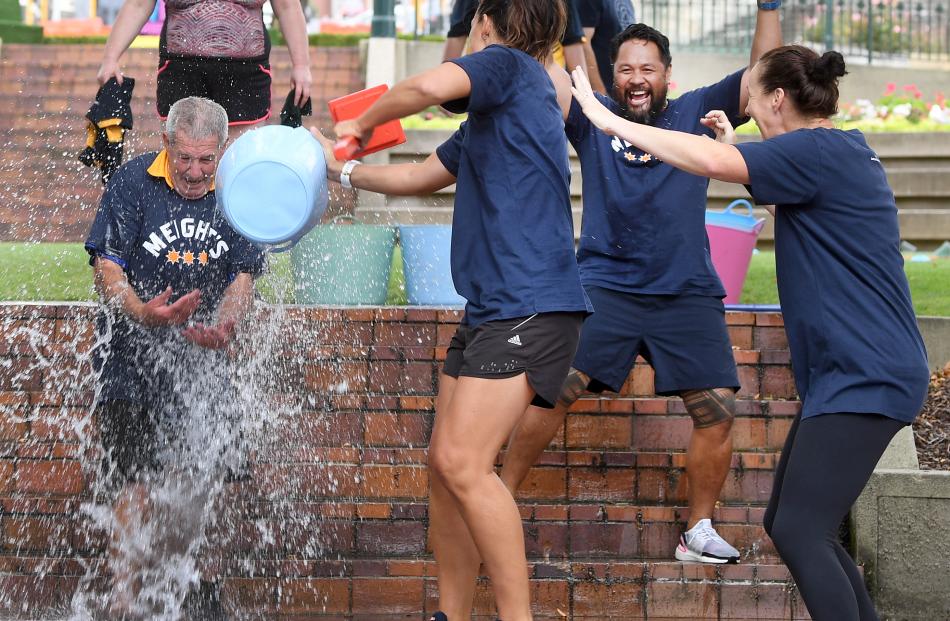 Masters Games ambassador Warren Lees cops a bucket of water to the delight of his team mates (from left): Jodi Brown, Seilala Mapusua and Jo Morrison, of Dunedin.

Donning superhero capes and tutus, 10 teams took the Top Team Challenge, a new event to this year’s Games, based on the popular Top Town series of the 1980s. It is designed to test problem-solving, communication and teamwork across a range of activities from giant sack races to water challenges.

The event was delivered by Sport Canterbury.

Crowd favourite The Ambassadors — made up of former top athletes Seilala Mapusua, Warren Lees, Jodi Brown and Jo Morrison — seemed set to take on the Top Team crown, but struggled with team leadership.

"We had too many chiefs in our team, we’re all very competitive and we could see the end goal and wanted to get there, but we had a bit of trouble sorting out the process first," Games Ambassador and former Silver Fern Brown said.

Mapusua agreed, saying the “netball girls got a bit competitive” and the sack race was tough, but they had a lot of fun.