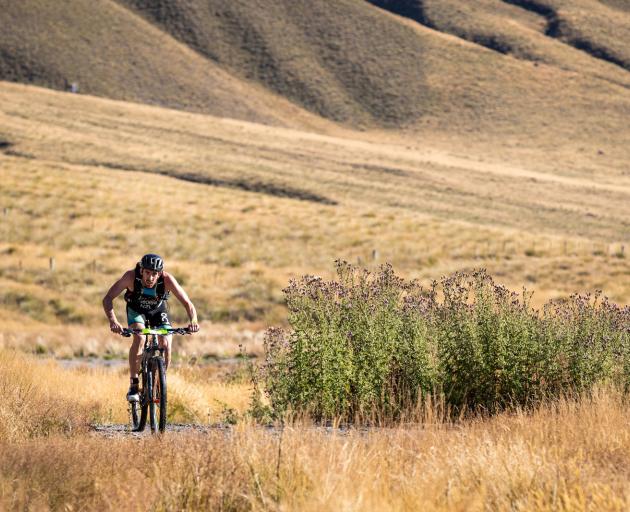 Osborne and Kingsford started their seasons in the best way possible with victories on debut at the storied race and in the process collected Off-Road National Championship titles.

Osborne was delighted with the win and the honour of being named national champion.

"Anytime you can race at home and win a national title, it always means a lot. We go to all these places around the world but it is always nice to win at home and with everything going on, who knows how many finish lines we will reach or event races we will start this year, so this is nice," he said.

Osborne’s bike frame cracked on Friday but he borrowed a bike from a Wanaka local and it worked fine.

He led from the start of the bike leg and could not be caught.

"That was not a run course, that is my forte. It was super technical, and I have quite a dodgy ankle but I found a good rhythm out there and only came down once on the run, not on the bike. But a national title is really cool.”

Osborne held off Dougal Allan for the win, the Wanaka athlete bravely backing up just a week after the Ironman event in Taupo.

Kingsford matched the victory of her partner Osborne winning the women’s race by 1min 42sec from Joanna Williams, of Wanaka.

Queenstown-based British athlete Sam Tosh won the men’s Ultra-Run, in a time of 6hr 24min 45sec. The man from Rochdale has been in New Zealand for a year and his performance on Saturday was made all the more impressive by the fact the 51km is the furthest he has run in his career to date.

The women’s ultra title was won by Kris Jarvis, of Queenstown. She was 15min ahead of Sophie Rolleston-Smith (Queenstown) and Meg Buddle (Dunedin) was a further 22min back in third.

The women’s mountain bike was won impressively by Kate McIlroy, the multi-talented Wellingtonian adding yet another title to her career, defeating her Pioneer riding partner Amy Hollamby by five minutes.

Croft holds the ultra-run record at Motatapu but given her recent workload and current phase of training, chose to run the shorter marathon distance this year.

McCaulay was a little surprised at his win in the men’s race, a result made even more impressive given his lack of experience in trail running.

“I have only done road marathons before this, but this was beautiful, nice trails. I wasn’t prepared for quite so many river crossings and got pretty wet, but it was good fun. You couldn’t ask for a better day, it was stunning. I was not expecting to win this at all, but I am stoked,” he said.

The Sawpit Trail (8.5km) was a popular win for Tatsuya Okamura in the men’s while in the women’s Catherine Calverley (Christchurch) incredibly backed up from taking part in Saturday’s Ultra-Run to make it two wins in two years in the Sawpit.

About 4000 were involved in the seven events at Motatapu.