By Shannon Thomson
0 Comments
Curling stalwart Peter Becker has packed a lot into more than five decades on - and off - the ice.

But it is his latest accolade which cements him as the nation’s king of curling.

Becker has been inducted into the World Curling Hall of Fame - the highest "non-playing" honour the World Curling Federation can bestow on someone, recognising outstanding contribution to the sport whether through on-ice achievements or off-ice endeavours.

He is the first New Zealander to receive the honour.

Mr Becker said he happened to be awake when the world curling president contacted him in the middle of the night to break the news.

"I got quite emotional, really, at the time. I’m getting used to it now."

Mr Becker’s fascination with curling began more than 50 years ago playing outdoors, and he credits the people he met along the way for keeping him in the sport so long.

"I’m not sure why curling attracts a certain type of person but it seems to and right throughout the world, of the people you meet who play the game they have a love of humanity and there’s a real friendship and fellowship." 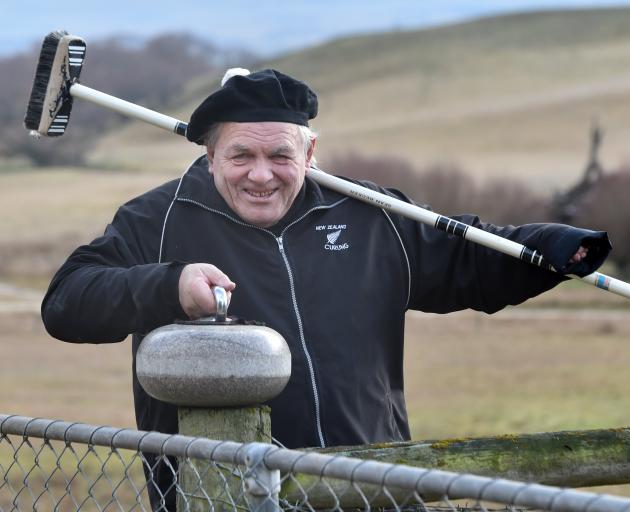 Maniototo curler Peter Becker is the first New Zealander to be inducted into the World Curling Federation Hall of Fame. PHOTO: PETER MCINTOSH

His career covers every aspect of the sport, from player, coach, manager and organiser to team co-selector for a range of competitions, including the Winter Olympic Games and women’s and men’s national and junior sides.

He was also one of the main drivers in taking a New Zealand team to the Youth Olympic Games.

He skipped the first national men’s team from New Zealand to compete at the Pacific-Asia Curling Championships in Sagamihara, Japan, in 1991, going on to represent New Zealand at these championships six times, the latest being in 2018 as an alternate.

Between 1995 to 2009 he was secretary of the New Zealand Curling Association as well as representative to the World Curling Federation and New Zealand Olympic Committee.

He was also a key figure in the development of the Naseby Indoor Curling Rink, which opened in 2005 as the first dedicated curling facility in the southern hemisphere.

Mr Becker has also received the "Builder" award, presented to individuals who have accomplished distinguished service and have made major contributions to the development and advancement of international curling.

"When I accepted it, I accepted not only on my own behalf but on behalf of New Zealand curling," he said.

"One person can’t do everything by themselves. I’ve had great support from my family, my late wife Wendy, and all of the coaches, players and supporters.

"It’s not just me. I’m just the figurehead or something.