By Shannon Thomson
0 Comments
The stones were flowing for a knockout final on the ice but only one club could come out on top.

After weeks of round-robin curling, 25 teams were whittled down to eight to contest the Macrae Trophy in Alexandra yesterday.

Trophy convener Barrie Wills said the competition schedule was based on when ice was first formed at Ice Inline.

"Normally there’s around six rounds of round-robin and we’ve had three of those busted by weather so we’ve had to play some catch-ups," Wills said.

In the end it was two teams from the Manorburn Curling Club vying for the win.

The final lasted 21 ends — which took three hours — and resulted in Manorburn 1 beating Manorburn 2. The remaining teams played off for the Macrae Plate.

"There’ll be a few bottles of port going at the end of the day, maybe a whisky too," Wills said.

The trophy — named after the late Lochie Macrae, a life member of the Alexandra Curling Club — had been an annual fixture for teams from the Idaburn Curling Council since 1993. 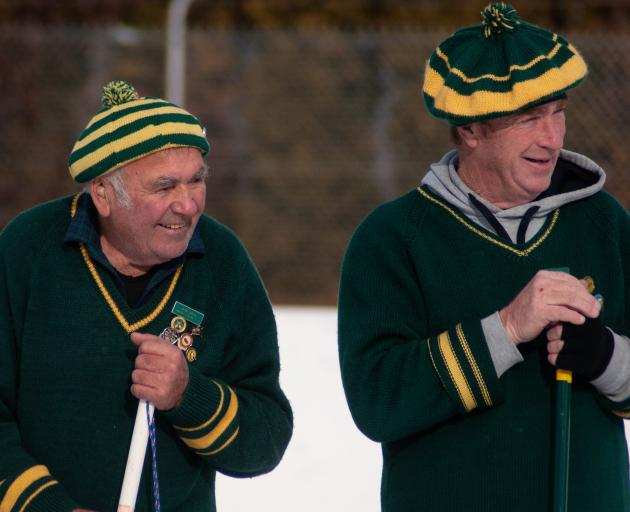 Teams came from as far away as Gore and Arrowtown to compete in the curling competition.

It is one of the few competitions still played in the traditional crampit style on an outdoor rink.

Crampit curling has players standing on a metal plate when delivering the stones.

Straw brooms are used to sweep the ice and aid the stone getting into the house — the field of play where the stones land.

There was a bit of technique involved with sweeping, Mr Wills said.

"[Straw brooms] are the traditional type of broom that we’ve had for curling for many, many years. However, they do leave a fair bit of straw on the ice and that can be a little bit problematic at times — if a stone picks up a piece of straw it takes off on an angle and others are nowadays tending to use ordinary brooms," he said.

"The idea is that when you sweep hard you actually create a layer of water just in front of the stone and that makes the stone slip easily and get it into the house, where maybe if you’d left it, it wouldn’t make it."