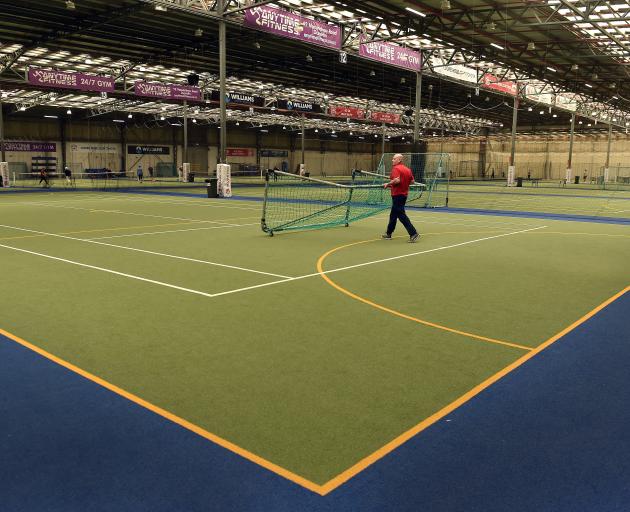 The Edgar Centre can go above 100 people inside from Friday. Photo: Peter McIntosh
The Edgar Centre is set to make a further step towards normality when the Government relaxes the rules about mass gatherings.

Due to the large size of the building, the facility received the nod to go over the limit of 100 people, general manager Blair Crawford said.

But because bookings were limited to groups of 10 or fewer, there had not been more than 100 people in the venue since before the nationwide lockdown. The Government announced on Monday it will lift the limit from 10 people to 100 people on Friday.

‘‘With the change, you can now have more people and the likelihood is we will get over 100 people,’’ Crawford said.

‘‘What we really have to abide by is the social distancing in those congested areas at the entry and exit.

‘‘We can put in controls over that and we’ve got the contact tracing in place.

‘‘So with some good protocols in place we will be able to get more people through which will allow for competitions [to resume].

‘‘There is obviously still going to be some restrictions and we are a long way away from going back to normal.’’

The Edgar Centre is run by the Dunedin Indoor Sports Venue Trust and the financial impact has been significant.

Its income dried up completely under Alert Levels 3 and 4 but it was able to keep all its employees (equivalent of 15 full-time staff) on thanks to the Government wage subsidy.

The Edgar Centre’s financial model is based on volume and the relaxation of mass-gathering restrictions will be a welcome relief for an important facility for the city. The building is 70m wide and 170m long, so it can safely house more than 100 people under its roof at one time without breaking social-distancing rules.

There are also multiple entrances. The capacity of the main arena is 3000, while the main sports hall is restricted to 4000 people.