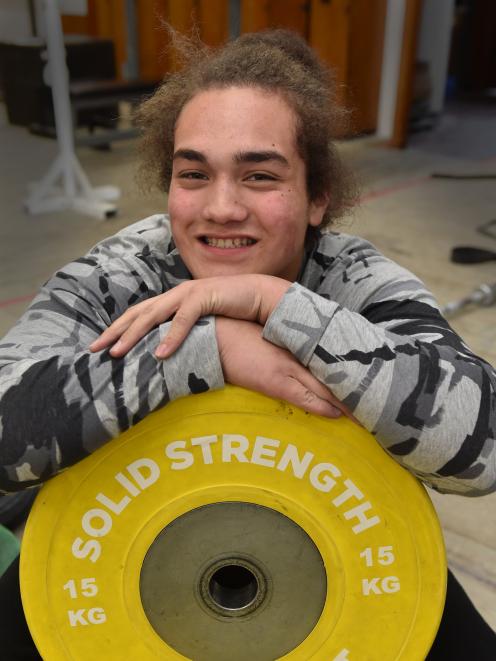 Sefo-Cloughley (16), a year 11 pupil at Otago Boys' High School, is heading to Auckland at the start of next month to compete in the Olympic weightlifting national senior and junior championships.

Patrick is excited about his appearance at the event in Auckland.

He has been competing in weightlifting for three years and feels that he has made good progress.

''I feel like I've improved over the last three years. I got into weightlifting through cross-fit and I've been training around five times a week,'' he said.

''I'm building up at the moment for the nationals. I think I'm looking pretty good [in terms of prospects]. My personal best for the snatch is 107kg and my clean and jerk is 135kg.''

The talented athlete, who competes in the under-96kg grade, has qualified for both the junior and senior grades.

''It's my first time competing at nationals so I don't want to be too ambitious.''

''My goal for every event is to just get a total. Most people would be saying, 'I want to go for a PB' but I just want to make sure I get my first lift and then relax a little. If you don't get any of your first three lifts, you're out of the competition.

After the national championships, he will not have long to relax.

He will travel to New Caledonia for a training camp in December which will be followed by the Pacific Cup on December 7.

''It's a fully funded camp where everyone from different Oceania countries trains together and then competes in the Pacific Cup.''

Patrick cannot wait to continue to build on his experience.

He was nominated for the camp by his coach, Callan Helms.