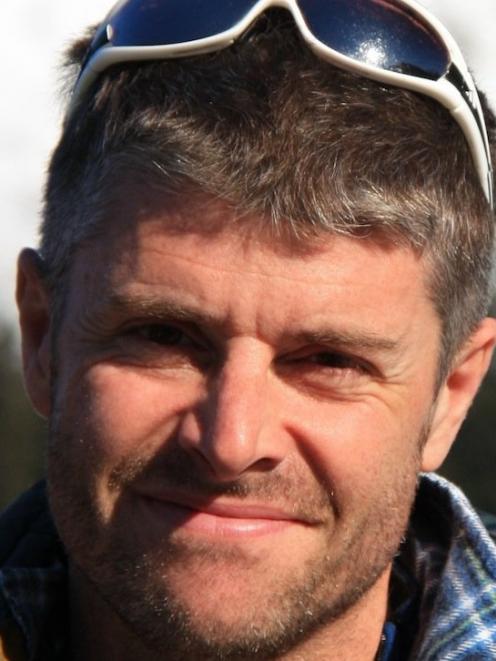 Warren Bates
The Australian-Kiwi team of Matt Blundell and Michael Snell held on to its lead to win the Wild Descent four-day race yesterday.

From the first day, where the 27 teams launched just above the Albert Town bridge, the pair led.

It was thought they finished in a deadheat at the Roxburgh Dam on the third leg on Friday but that was settled in their favour by one second.

Yesterday, they finished at Molyneux Bay almost 7min ahead of the second-placed team - Keith Murray and Bob McLaughlin, both of Wanaka.

''They started this morning's leg with a 9min 33sec lead and had a super fast time over the 44km to Molyneux Bay. It was very pacey and a gutsy effort by Matt and Michael,'' race director Warren Bates said.

In third place was Ian Huntsman and Wendy Riach, who also won the mixed-team category.

''There was quite a fierce battle at the very end for second and third place, with Ian and Wendy actually starting this morning in second with a 17sec lead over Keith and Bob. They paddled most of this river section together and then had a mad sprint, with Keith and Bob just grasping second place by only a second.''

Bates said there was a minor mishap that saw the sixth-placed team, from Auckland, take the wrong turnoff after Balclutha, despite being aware of the split in the river and having a map.

''They were sitting out in the Pacific Ocean going `I think we're in the wrong place' ... we managed to pick them up but it meant they technically were in last place.''

The only other mishaps on the 261km course were two capsizings, though they were both righted with no problems.

It was the first time the event had been staged and the first of its kind on the Clutha River.

Bates said organisers had wanted to keep it low-key, but it was so successful he was expecting more teams next year. Many of this year's competitors said they would be spreading the word when they returned home.

''They enjoyed the format, conquering a river from start to finish.

''Everyone came through the finish line looking pretty happy, but they will be nursing a few aches and pains.''

He said overall, the average kayaking speeds had been amazing.

''The Clutha has really inspired the racers with its unique historic character and fast moving water. There is a lot of different aspects to this area of the South Island and we can see the event becoming a regular feature.''