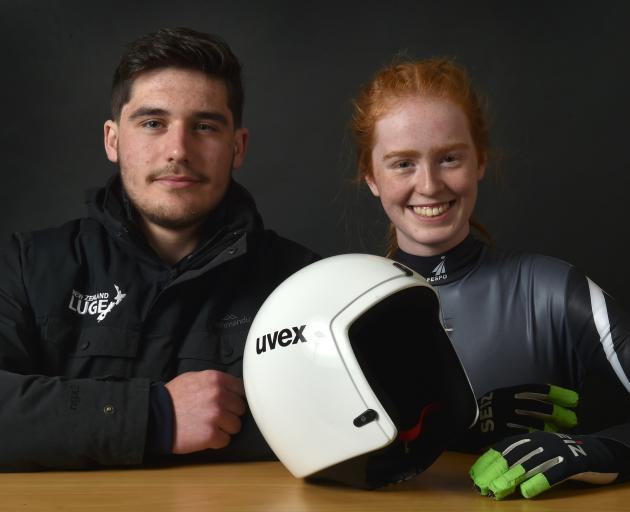 When the 16-year-olds head overseas tomorrow, they have a very clear goal in mind.

The Youth Winter Olympics loom in January and the Dunedin luge duo both want to be there.

They will have to accumulate points in a series of races around Europe and the United States over the next three months.

''As long as we don't crash, it should be relatively doable,'' Cox said.

It will be Cox's third trip to Europe and Burke's second.

Both said they had enjoyed their previous experiences and were excited to get back on track for more.

They were able to use the Naseby luge track for the four weeks it was open during the New Zealand winter.

However, the European tracks were faster, longer and more professional, they said.

It had very much evolved into a serious pursuit for both, having begun as something fun to do.

Life revolved around luge, and the break between European seasons made for a long wait.

''When I was younger it was just a fun great way to spend the holidays,'' Cox, a year 12 Logan Park High School pupil, said.

''So if I was to go to Canterbury University, how's that going to affect my luge?

''It's every decision, pretty much.

She was very much used to the travel now, particularly given she went by herself her first time.

Having racked up 19 and 20 points in each of the past two years, she would seem a strong chance of reaching 10 this time around.

The year 11 Kavanagh College pupil, who is moving to Wanaka next year, had enjoyed his latest trip. He felt it had been beneficial and he had noticed the difference getting back on the Naseby track this year.

''I'd like to say, after my first season I've improved a lot.

''The track here, you can't really compare it to overseas; it's good enough to still kind of keep your skills up, although it's a different discipline.

''I do notice the change in times.

The pair have finished school for the year, their mock exams counting towards their NCEA results.

They will return in late January to start school next year.